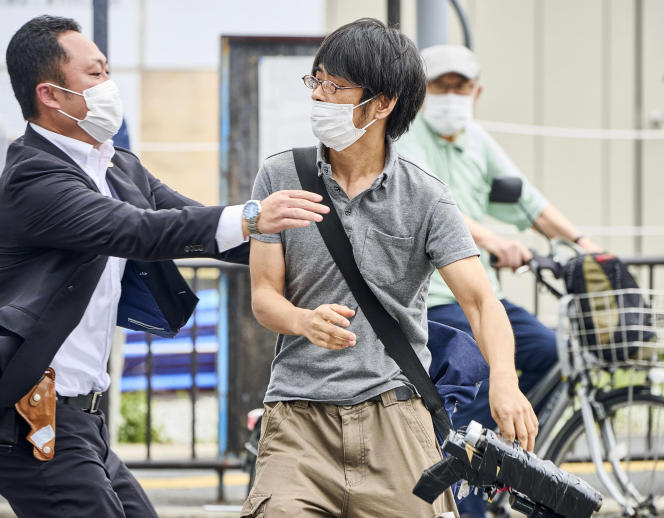 Former Japanese Prime Minister Shinzo Abe, 67, was giving a speech in support of Kei Sato, a local Liberal Democratic Party candidate at a crossroads near a train station in Nara when he was taken for target by a man who fired twice. The former leader died in hospital, where he had been transported at midday (Tokyo time).

According to police sources cited by Japanese media, the arrested suspect is a 41-year-old unemployed Japanese man named Tetsuya Yamagami. This resident of Nara served for three years in the Japanese Maritime Self-Defense Force, the Japanese Navy, until 2005, still according to local media, which quoted the Ministry of Defense.

He would have made his own firearm, which measures about forty centimeters, while the restrictions against these weapons in Japan are extremely strong and it is very difficult to obtain a license to carry a weapon there. “The suspect asserts it, and we have clearly established it: [the firearm used] is homemade in appearance; but our analysis is still ongoing,” a Nara area policeman told reporters.

According to NHK, Tetsuya Yamagami told investigators after his arrest that he was “frustrated” with Mr. Abe and shot him with intent to kill him. He “said he held a grudge against a certain organization and he confessed to committing the crime because he believed former Prime Minister Abe was related to him,” a Nara area police official said during the interview. ‘a press conference.

Police raided the home of Tetsuya Yamagami on Friday, where potentially explosive materials were found, according to the state broadcaster.