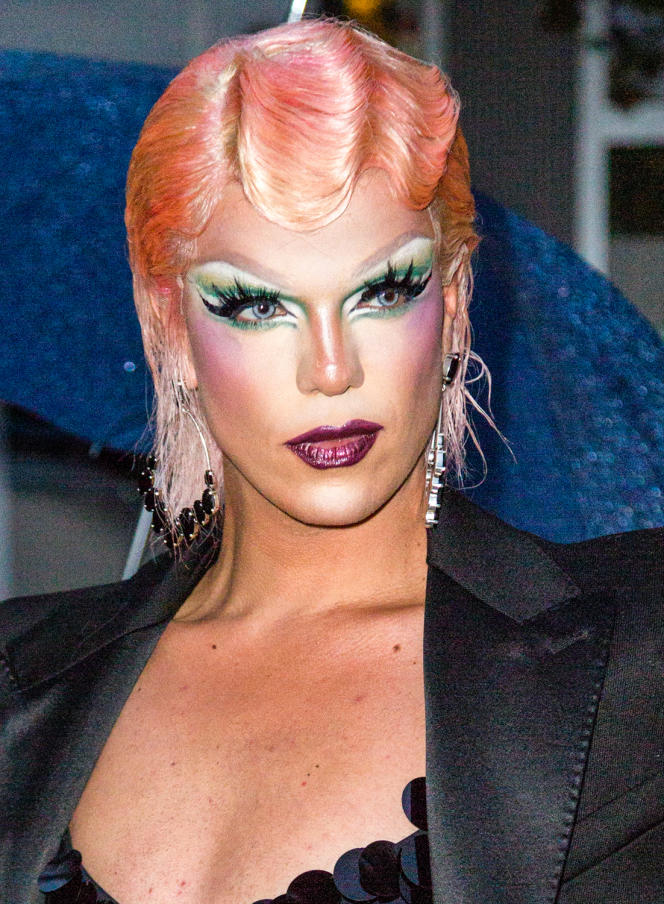 A monarch without borders

“I had the chance to represent my country in the United States, today it is an honor to be at the head of this project in France. The only Frenchwoman to have participated in the American drag-queen competition show “RuPaul’s Drag Race”, Nicky Doll, 31, is today one of the emblematic figures of the French scene. From June 25, she will be the mistress of ceremonies for the highly anticipated French version, “Drag Race France”, broadcast on France.tv Slash and France 2, alongside host Daphné Bürki and DJ Kiddy Smile. “This show will offer other French drag queens many opportunities, as I have had before,” she rejoices.

Quickly labeled “fashion queen” by American spectators, Nicky Doll, a trained makeup artist, has a passion for fashion. On screen, her outfits pay homage to fashion designers Christian Dior, Azzedine Alaïa and Thierry Mugler, a house with which she collaborated for digital advertising campaigns. Since she has enjoyed a certain notoriety, the fashion world has been watching her closely. In particular Guillaume Henry, artistic director of the Patou house and fan of the first hour: “She has in her style an infinite precision, a great humor, a singular look. She is the perfect example of what France does beautiful. »

Born in Marseille and raised by his mother, Karl Sanchez, his real name, spent the first years of his life between several continents. “My mother was not a diplomat at all [he won’t say more], she just loved to move and travel. As soon as she was fed up with the country, we sold everything and left. After a childhood in the Caribbean, Karl spent his adolescence in Tangier, Morocco. His life there is contrasted, between the warm welcome of some and the harassment he suffers, because of his “effeminate side”. A period that does not help her to accept either her share of femininity or her homosexuality. At 18, he moved to Paris. It was during his first Pride March, in 2009, that he played a drag queen character. From there is born Nicky Doll. “I needed to release all the frustration related to my femininity. »

If Nicky Doll made a name for herself by becoming a drag queen, her dream was to become a singer. His pseudonym is inspired by American rapper Nicki Minaj, and it was with the hope of becoming the “French Lady Gaga” that he landed in Paris. Alternately model or influencer, with nearly 650,000 subscribers on Instagram, she always aims to become a pop star. “I’m constantly working on projects related to my dream, I hope I can get there,” says the one who reveals working on a first album.