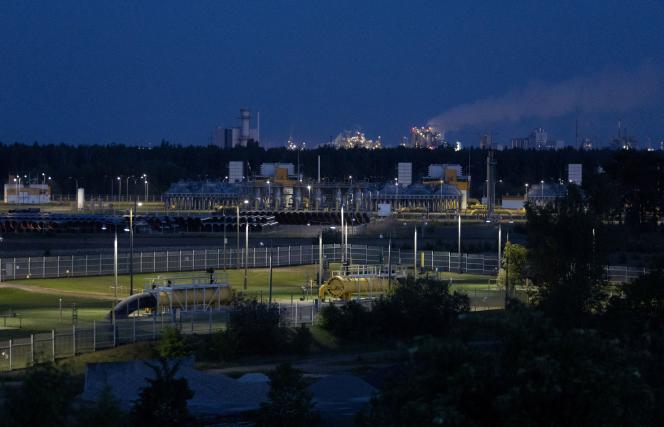 War in Ukraine, galloping inflation, supply problems due to Covid-19, partial withdrawal of public aid put in place during the pandemic… The World Bank describes an economic storm on all fronts in its biannual report on the state of the economy, published on Tuesday 7 June. It is therefore revising its global growth forecast for 2022 very sharply downwards, from 4.1% expected in January to 2.9%.

Above all, it fears that this violent brake will be long-lasting, with a possible return of stagflation, or a period of economic stagnation combined with high inflation. “Even if a global recession is averted, the pain of stagflation could linger for several years unless a major improvement on the side of supply issues takes hold. (…) Several years of inflation above the long-term trend and growth below the trend are now likely, with potentially destabilizing consequences for low- and middle-income countries. It’s something [stagflation] the world hasn’t seen since the 1970s.”

The current shock, a sort of perfect storm, is major, underlines the Washington institution. In 2021, global growth was exceptional, at 5.7%, following the artificial rebound caused by the (almost) end of the health crisis. In 2022, it should be halved, to 2.9%. In the short term, the euro zone and the United States should experience a similar increase in their gross domestic product this year (2.6% and 2.5%), but the former should fall in 2023 compared to the latter (1. 9% versus 2.4%).

The war in Ukraine makes the euro zone more fragile, insofar as it depends much more on Russian gas. In addition, it is more affected by supply problems in logistics chains. Ukraine, for example, produces certain auto parts whose production is greatly reduced, which causes the shutdown of certain factories within the European Union. However, the most fragile economies remain the emerging countries. Thus, according to the World Bank, growth should reach 3.4% in 2022, against 6.6% in 2021.

The parallels with the 1970s are striking. The increase in the price of oil observed for two years is the strongest since the shock of 1973. In addition, all energies are affected: oil, gas, coal, as well as all petroleum products, which was not the case fifty years ago. “There is less leeway to substitute [black gold] with another alternative fossil fuel,” the report said. The consequence is global inflation which, in April, stood at 7.8%, unheard of since 2008. For developed countries, it is the highest since 1982. The impact will be almost mechanical, with a reduction of global growth by 0.8 points, solely because of soaring prices.

Nevertheless, there remain important differences with the 1970s, notes the World Bank. In real value, the barrel of oil had exceeded the bar of 150 dollars after the shock of 1979, while it currently remains below 120 dollars (112 euros). Food prices have also not returned to the highs reached at the time.

In addition, the main central banks benefit from “enhanced operational autonomy”, according to the report. This is particularly evident in the euro area, where the European Central Bank is an independent institution, where, half a century ago, the central banks of European countries were often controlled by governments. This can allow for faster action to curb inflation, by raising interest rates. In addition, inflation expectations (what households and businesses think inflation will be in the future) remain low, proof that the idea of ​​a permanent price increase is not yet widespread.

In terms of public policy, the World Bank concludes that oil and energy subsidies should be avoided. Rather, it favors “policies [to] encourage energy conservation and [to] accelerate the transition to low-carbon energy sources”. If it does not mention it explicitly, it thus challenges the idea of ​​the French tariff shield, which benefits all French people, without encouraging long-term changes. Instead, the institution recommends “targeted temporary support” for low-income households.