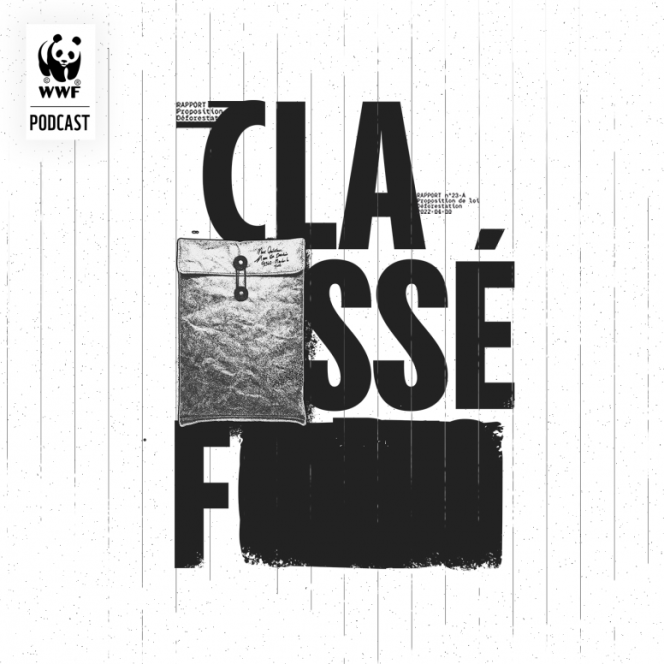 By using today’s means – a thriller-like audio series – to inform and mobilize around the problem of deforestation and while a historic European bill is being discussed to stop it (response June 28), WWF has succeeded: “Rated-F” should allow the voice of the NGO to resonate on the subject beyond the usual circles of environmental activists.

Isabelle Autissier, honorary president of the organization, is convinced: “The figures are absolutely necessary – they are the reality – but, alone, they seem powerless to make us understand and to make us act,” she told Le Monde. . Fiction makes it possible to reach more widely, better and differently. You can appropriate it, imagine yourself in the place of the characters: it’s less dry than expert reports. »

This is what the navigator has just done with her novel The Shipwreck of Venice (Stock, 266 p., €20.50), an invitation to come out of denial in the face of rising oceans. On the podcast side, this is what Christophe Barreyre does in particular on France Inter with “Panda, the voice of jihad” (on the terrorist journey of the Clain brothers) and “Mauvaise graine” (on the Breton food industry).

The “Classé-F” series – modeled on Don’t Look Up in audio mode – features a trainee parliamentary assistant. After making a damning discovery, Iris will try everything to change the law that intends to put an end to deforestation. In six episodes carried by the actors Alice Isaaz (Mademoiselle de Joncquières, Un moment d’égarement) and Sandor Funtek (Supremes, K Contrary), give voice to the games of power and influence, the economic stakes in the face of humanitarian emergencies and ecological.

With the often naive yet necessary ardor of youth, Iris demands answers, tired of hearing the “it’s more complicated”, “it’s not me who decides”, “I can’t do anything” too often. served. And what about the words that literally hide the forest since “deforest” has become a “swear word” and should now be preferred to “convert”…

It is also a still very masculine world that makes itself heard, a world where men always have better things to do than listen to a young woman, especially when she comes to threaten their interests.

Informative and quantified (did we know that agriculture is responsible for almost 90% of deforestation in the world and that 60 million indigenous people depend on forests for their survival?), “Rated-F” comes to put of the human in a reality which, although known, remains more than worrying.

Despite some flaws (the verb and the game are sometimes a bit caricatural), this initiative of WWF France is very valuable. Or, as Isabelle Autissier sums it up, “the more of us there are, the better our chances of winning.” The series shows that together we can take action! “.