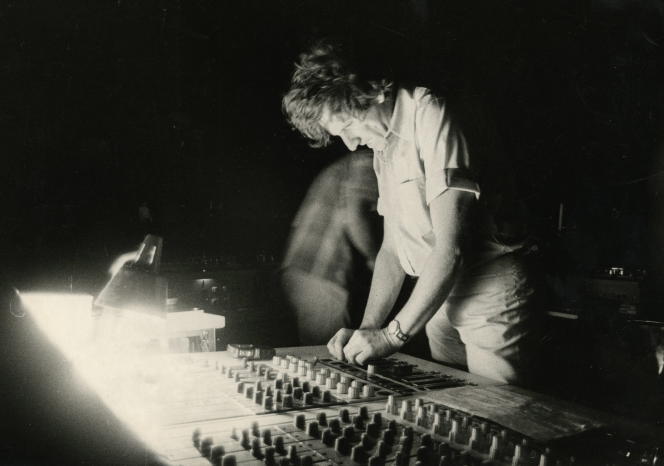 Pierre Boulez (1925-2016) and Iannis Xenakis (1922-2001) were a bit of the cat and dog of contemporary French music of the 20th century, two figures that everything opposed. Boulez reproached him for not having an ear and, in his less charitable moments – which were not lacking – he mocked his colleague thus: “To the musicians, he says that he is an architect, to the architects that he is a mathematician and mathematicians that he is a musician. »

A Greek political refugee who arrived in France in 1947, Xenakis was indeed also an engineer, mathematician and architect – collaborator then associate architect of Le Corbusier, from 1947 to their estrangement in 1959. As far as music is concerned, Xenakis was not a serial obedience and had angered Boulez, who was its propagandist in France, by denouncing in 1955 the risk of “getting lost in a desert of sterility”.

At the time their musical styles were formed, Boulez heard pitches and combinations; Xenakis perceived masses and flows. And one of the qualities of the excellent documentary Xenakis revolution, the sound builder, by Stéphane Ghez, is to show how Xenakis has made the achievements of his trades coexist. In particular by superimposing on the screen the musical graphics of his first official score, Metastasis (1953-1954), for orchestra, and the architect’s plans for the Sainte-Marie de La Tourette convent (1956-1960) for which Le Corbusier left a lot of creativity and intervention.

The film reveals a musical conception in the rhythm of the panes of glass that adorn the facades of the convent and in the distribution of “circulations of light” whose equivalent is constituted by the sound “volumetric spaces” evoked by Pascal Dusapin (born in 1955 ), one of the rare composers of his generation to have claimed Xenakis.

Le Corbusier entrusted his partner with the execution of the order for the Philips pavilion for the Universal and International Exhibition in Brussels in 1958. But Xenakis’ musical collaboration was scanty (a short sound interlude: Concret P.H.): “Corbu” him prefers Edgard Varèse (1883-1965), who delivers for the occasion his Electronic Poem.

Stéphane Ghez’s film is finely directed; demanding, it nevertheless excludes all technical gibberish. The explanations of conductor Michel Tabachnik or Georges Aperghis, a composer of Greek origin too, are clear and enlightening. The visual artist Mâkhi Xenakis sensitively completes the intimate portrait of her father by revealing photos, private films and the manuscripts she keeps.

If Xenakis invented in a certain way the multimedia show, composing both for sound and light, we smile a little today at the megalomaniacal, archaic and ritual scores desired later on by the musician, given in the open air with hundreds of musicians and singers, even… goats or bulls.

But, as Pascal Dusapin says, showing an admiring affection for the one he considers not as his teacher but as his master: “This man did not come from Western history, he came from the other side…”