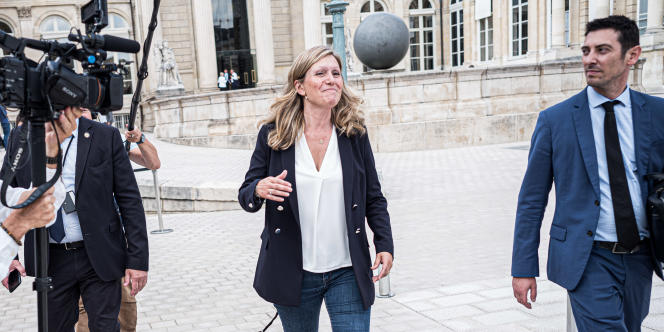 “The functions of Mrs. Yaël Braun-Pivet, Minister of Overseas, are terminated. The day after Emmanuel Macron’s announcement of the constitution of a “new government of action” for the beginning of July, a decree published on June 26 in the Official Journal formalized the departure of Minister Yaël Braun- Pivet, freshly nominated candidate of the majority to run for the presidency of the National Assembly.

Until the appointment of the new executive, its functions will be assumed by the Prime Minister, Elisabeth Borne, specifies the decree.

This departure is not entirely a surprise. “If she wins the vote in the primary, we will ask her to resign so that she takes her risk”, slipped a government source in the middle of the week before the vote of the deputies of the presidential majority which decided between the candidates for the perch. Ms. Braun-Pivet won in the second round against the outgoing chairman of the Economic Affairs Committee, Roland Lescure, by 105 votes to 85, and two blank or null votes.

Former president of the law commission at the Palais-Bourbon, appointed overseas minister on May 20 before being re-elected deputy for Yvelines, Ms. Braun-Pivet now has every chance of becoming the first woman to preside over the National Assembly. , despite the relative majority enjoyed by the presidential camp.

The ballot will be held Tuesday, June 28 in the hemicycle from 3 p.m. If the absolute majority of the votes cast has not been obtained in the first two ballots, the relative majority is sufficient in the third ballot.

Ms. Braun-Pivet’s candidacy for the perch was coolly received in the overseas territories.