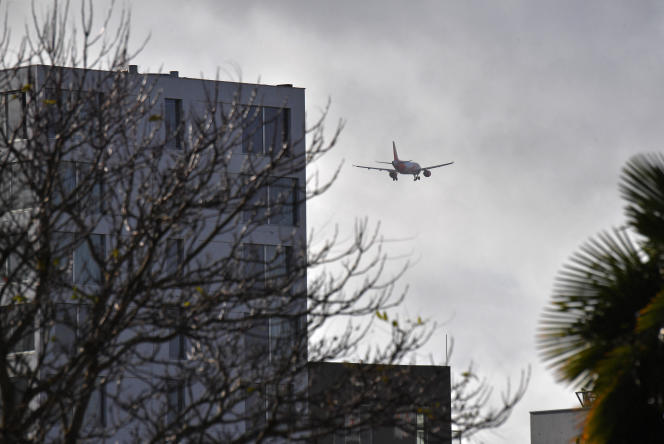 Air transport accounts for 4% of CO2 emissions in France and 2.5% worldwide. It may not seem like much. But it’s a lot if we relate it to the individual scale: according to the French Environment and Energy Management Agency, the impact of the plane on the climate is approximately 200 times greater than the TGV per passenger-kilometre, for a journey in France or a European destination.

And this revolts the young generation sensitive to the climate emergency. There’s even a name for it: flygskam, “flying shame”, a defiance movement born in 2018 in Sweden – the country of young environmental activist Greta Thunberg is one of those who counts the more air travel per capita. Many of those of Generation Z (born between 1998 and 2010) now refuse to fly or demand, at the very least, more aerial sobriety. The latest report from the Pégase Chair, attached to the Montpellier Business School, reveals that “young French people aged 15 to 24 are ready to pay 14% more for their ticket to fly in less polluting planes”, compared to 8% for the rest of the population.

Faced with this, the airlines and aircraft manufacturers have, it seems, decided to shake up the deadlines. “The air transport calendar has taken a boost,” said Eric Dalbiès, director of strategy, research, technology and innovation at engine manufacturer Safran. At the European business aviation trade show Ebace, held May 23-25 ​​in Geneva, Switzerland, manufacturers from Bombardier to Dassault, including Airbus and Gulfstream, highlighted before their environmental protection efforts.

Like Michel Ouellette, executive vice-president of the Quebec Bombardier, who promises “carbon neutrality in 2050”, thanks to “sustainable fuels, the hydrogen engine or even technological progress”. A paradoxical speech for an industry that produces luxury jets billed more than 75 million euros, intended to transport only a few wealthy VIPs by burning tons of kerosene. “After having reduced its fuel consumption by 10% every fifteen years”, explains Mr. Dalbiès, air transport has decided to double the stake by 2035. The engine of the aircraft of the future, in particular prepared by Safran, will be 20% more fuel efficient than its predecessor.

For its part, Air France already allows its passengers “to count in their carbon footprint the share of biofuel integrated” in the aircraft’s tanks, explains Vincent Etchebehere, director of sustainable development and new mobility for the company. The new regulations require, since January, flights departing from Paris to incorporate, on average, 1% of sustainable fuel. And that has a price. For a Paris-Stockholm, it will be necessary to pay up to 120 euros in addition to the price of the ticket and an additional 30 euros for a Paris-Lyon.

Paradoxically, the sobriety demanded by more and more passengers comes up against the rise of low-cost airlines. Those who fly the most, therefore the most polluting. As proof, this summer, the fleet of Transavia, a low-cost subsidiary of Air France, will pass the bar of 100 aircraft. The fact remains that “32% of 15-24 year olds consider that when traveling, their choice between several types of transport will be made on the criterion of the environment”, concludes researcher Paul Chiambaretto, one of the authors of the Pégase Chair report.