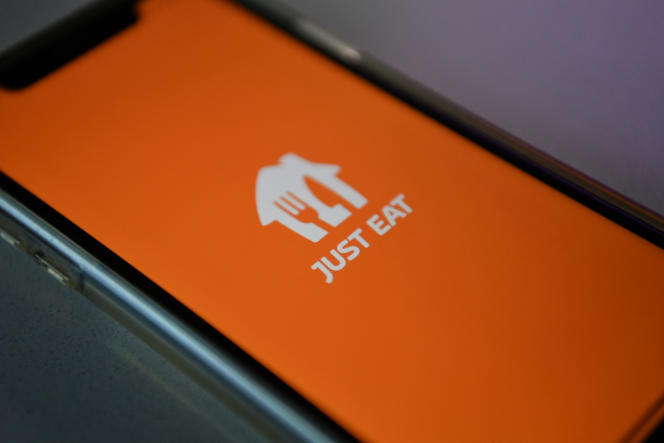 After the Covid-19, the heat wave once again puts bicycle delivery people on the front line to bring meals to homes. But, Friday, July 15 “evening”, the General Confederation of Labor (CGT), second union behind Force Ouvrière (FO), calls on employees of the Just Eat platform to strike in ten cities. The insufficiency of the measures to protect delivery people in these high temperatures is only part of the reasons for the dissatisfaction of the union, which also has wage and employment demands.

As during the first episode of heat wave, in June, the management of Just Eat explains in a press release, having asked its order distributors located in Amsterdam, where the group’s headquarters is located, “to be flexible with regard to the times of pause and to accept, if necessary, requests for shortening of the “shifts” [delivery period]”. Clearly, “it’s at the head of the customer”, denounces Ludovic Rioux, CGT union representative. Anyway, “there is no communication on these measures,” laments Jérémy Graça, FO union representative. Management has scheduled a “shutdown threshold” for service in cities where the temperature reaches 38°C.

Negotiations “not worthy” of a large group

But it is above all the ongoing negotiations that concern the unions, starting with the job protection plan (PSE) aimed at the dismissal of 300 employees out of 800, including 269 delivery workers, a year and a half after hiring them. The unions do not appreciate the postponement of the last negotiation meetings which were to take place on July 11.

Two topics are on the agenda: wages and the PES, with the closure of Just Eat in twenty cities. “Discussions on the PES are not moving forward, deplores Mr. Rioux. The management still refuses to give us essential information that it is obliged to provide, such as the financial flows between the subsidiaries and the Just Eat Takeaway group and the orders by city. For Mr. Graça, who does not call a strike, “because the negotiations are not over”, the latter “are not satisfactory, not worthy” of a large group. Just State offered, specifies Mr. Garça, “training for around 3,000 euros per person and a reclassification leave of six months, it is too little”.

However, the CGT notes “positive elements”, such as the management’s proposal to put an end to the annualization of working time or the reduction, in the event of sick leave, of the number of waiting days to three days at the instead of seven, but only for employees who have one year’s seniority. On the other hand, there would also be proposals deemed “regressive” by the CGT, such as increasing the maximum weight of the bag to 10 kg instead of the current 5 kg. Asked, the management could not answer us, its press service saying that it had not found “no one available (…) on this long weekend”.

News Editor - July 17, 2022 0
At Dominique de Villepin, the Stabilo Boss highlighter is a matter of political filiation. The grandson of teachers, his mentor Jacques Chirac hid a...