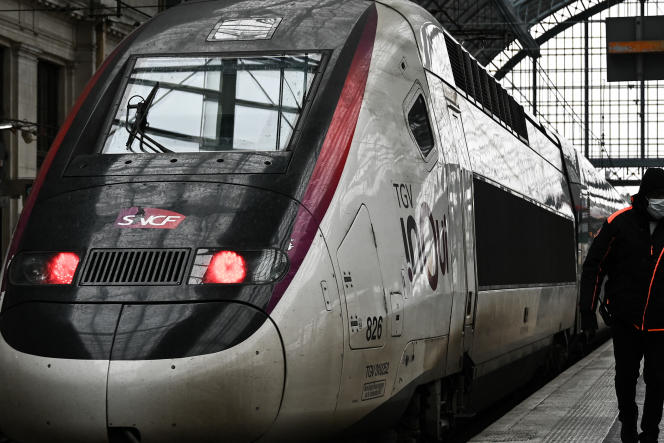 Each year, spring is, for the noisy and quarrelsome world of cinema, the time of transhumance. Head south. We recognize his armies by their huge suitcases which block the corridors of trains, by their knowing airs and their busy low masses, by a certain appetite for the rosé of Provence and by a singular way of taking the Palais des festivals in Cannes as unique. compass. We are one of those.

This Monday, May 16, the train – a thousand people, two TGV trains – is already skirting the clear gulfs when the first alert makes you smile. “Your train 6165 will arrive 45 minutes late due to a station installation disruption. “At the second alert, we take an hour more in the view. Finally, here we are in the harbor in Toulon, 125 kilometers from the goal.

Producers and distributors reacted first and sped off, catching some marauding taxi. 320 euros. The small world of journalists watched them leave, then shook themselves before going down to the quay. We could jump on a bus, a taxi, an Uber, a horse, yell at each other, fight, what do I know? But no, strangely, we are happy, we fraternize, the weather is nice. Here, are you there?

There is the band from Figaro, those from Télérama, Première, a few Inrockuptibles, we see a head from Cahiers du Cinéma and then the legions of young journalists from Brut. Moment of grace. Competitors but brothers of dark rooms. A famous radio presenter holds forth too intelligently in front of two gaping mouths, a blogger adjusts a sequin, the Toulon train station has become the agora of film journalism. Especially since the next train came to unload similar cargo.

The patient controller, glued to her phone, smiles apologetically: “No traffic resumes until 8 p.m. A motherboard that would have burned out in a signal box in Cannes…” We call the friends who left earlier. They are stuck in Draguignan or Saint-Raphaël… When an Indian producer ends up finding a car, we cling to our coattails. And everyone to find a place on board, the Esterel highway for the first red carpet.