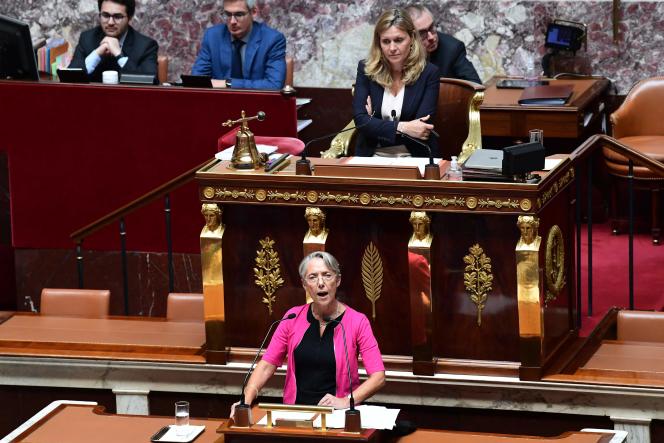 The measure was demanded by the specialized associations. The government wants to reform the allowance for disabled adults (AAH) in order to calculate it individually, Prime Minister Elisabeth Borne announced on Wednesday July 6 during her general policy statement before the National Assembly.

“My government will reform, with you, with the associations, the allowance for disabled adults,” promised the head of government. “We will start from the principle of demaritalization,” she clarified.

The Prime Minister, who announced the organization of a “national disability conference” in early 2023, assured that the government would act in favor of “the autonomy of people with disabilities” and the “transformation of medico-social structures”.

“A historic reform” wanted by the associations

Emmanuel Macron had promised in April to “move” on the individualization of the allowance for disabled adults. However, his government and his majority had rejected this proposal several times last year, to the chagrin of associations. La République en Marche considered this measure unfair, because it would benefit both the poor and the wealthy without distinction.

Created in 1975, the AAH is intended to compensate for the inability to work. With a maximum amount of 904 euros per month, it is paid on the basis of medical and social criteria. It now has more than 1.2 million beneficiaries, including 270,000 couples, for an annual expenditure of around 11 billion euros.

Last year, twenty-two organizations and associations, including APF France Handicap, called on Emmanuel Macron for “a historic reform”, to “consider this allowance above all as an individual subsistence income”.

In a press release on Wednesday, Collectif Handicaps, which brings together fifty-two associations, “takes note” of the Prime Minister’s announcements, in particular “the recognition of support professionals” and “the holding of a national disability conference at the start of next year”. If the collective “can welcome the desire to deconjugalize the AAH, it will nevertheless be very vigilant that there are no losers after the announced reform”. As for universal accessibility for people with reduced mobility, also mentioned by Ms. Borne, it has been “expected for more than fifty years”, recalls the collective.