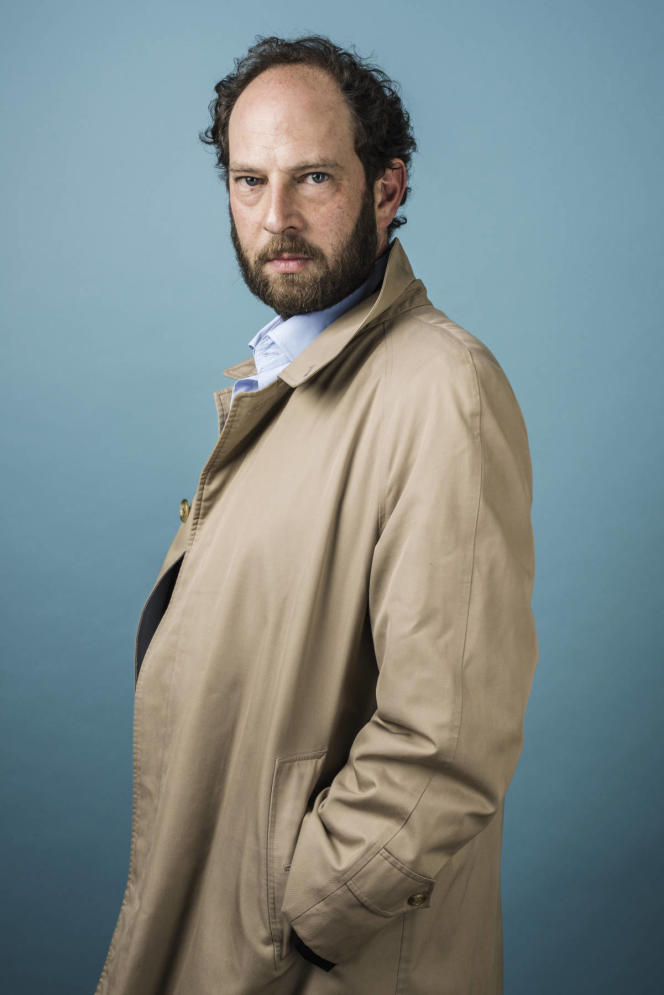 At the time of the presidency of the Council of the European Union (EU), the writer Olivier Guez returns for Le Monde to the collective work, Le Grand Tour. Self-portrait of Europe by its writers (Grasset, 450 p., 24 euros), which he directed. The 2017 Renaudot Prize asked twenty-seven authors to write a text on evocative places in the culture and history of the continent. The result is a panorama of contemporary European literature, unknown to the general public. This interview is part of the Night of Europe, organized on Saturday May 21 by Sciences Po Strasbourg, in partnership with Le Monde. An event sponsored by Olivier Guez, himself a former student of the Strasbourg Institute of Political Studies.

Personally, I consider myself a European. I spent most of my childhood with my grandparents, of Germanic and Austro-Hungarian origin. They lived opposite the Council of Europe. From my window, I saw more European flags than French ones. I studied in England and Belgium. My loves are European. I lived in Berlin for a long time, and I now live in Rome. Over the years, I have constantly traveled this continent by car or train and admired the variety of landscapes, cuisines, languages ​​and stories.

I wanted to produce an anthology of contemporary literature from my imaginary homeland. The French presidency of the Council of the European Union gave me the opportunity to do so. I requested and received the assistance of the State Secretariat for European Affairs, the Ministry of Culture and the National Book Center. I selected and proposed to twenty-seven writers from the EU, one per Member State, to write a text on evocative places in the culture and history of the continent. The writings received are very rich. I organized their texts around seven key words: “scars”, “wanderings”, “ghosts”, “flesh”, “holidays”, wounds and “nostalgia”.

I knew the history of the continent well, but I was nevertheless struck to note that many texts evoke, each with their own sensitivity, the immense trauma engendered by the totalitarianisms of the XXᵉ century. I am surprised that it is so present among writers of generations and backgrounds as different as those of the Slovak Michal Hvorecky, the Romanian Norman Manéa, the Finnish Sofi Oksanen and the German-Austrian Daniel Kehlmann. However, other less gloomy memories manifest themselves in the book, through the Danish and Dutch texts which evoke the colonies of artists and the history of art.

Our memories are plural. Fortunately. We cannot build a bloc solely around Auschwitz, the gulag and the crimes of colonialism. We must remember this, but we cannot limit our identity to a chronicle of crimes against humanity in the 20th century. We have values, a curiosity, a culture of transgression and European achievements of which we can be proud and which we must defend. We constitute a community of states governed by the rule of law, and this is to be underlined, while Hungary and Poland are distancing themselves from this.

The EU, as it has been built since the end of the 1940s, has deliberately put culture aside. Understandably, a modest approach was needed: how, indeed, to speak of European civilization when it had ended in Auschwitz a few years earlier? It was unspeakable. But we also missed the boat in the 1990s, at the time of the last major European projects: the euro, common economic and financial policies, the establishment of an embryonic political or even military bloc. Here again, we did not erect a cultural bloc while the dissident intellectuals, Havel, Kundera, Patocka, for the countries of Central and Eastern Europe, claimed to belong to the European culture which had been confiscated from them by the Russos -Soviets for forty-five years.

Of course, there are cultural aid programs for distribution, translation, cinema networks. But this is insufficient. We have constructed a totally disembodied political, economic and legal object. Our fear of offending has reached a neurotic stage, we must believe that we have the most sensitive leaders in the world! It is revealing that on the European banknotes are computer-drawn artificial bridges and arches, while Europe is the cradle of an incalculable number of geniuses who could have illustrated our currency. Moreover, the deconstruction of our myths amplifies this void left by the absence of culture.

From the 1960s, the countries of Western Europe undertook to deconstruct their recent history: Nazism, the Vichy regime, fascism… This was the time when baby boomers asked their fathers: “T was where? What did you do ? What has happened ? This deconstruction has been cardinal for our democratic and liberal societies, but today it constitutes an obstacle, because the European populations no longer believe in much, whereas we are surrounded by nations and beliefs which have rebuilt with virulence nationalist and populist narratives. Furthermore, for ideological reasons, the theme of identity was left to the extreme right: the neoliberal right only thought of business, and the left refused to address this question.

Yes. We were blinded by our way of life, convinced that we could evolve in a bubble, transform the European bloc into a kind of big Switzerland focused on its small businesses and on sacrosanct consumption. To describe those years before the war of 2022, I have this formula: “Work-family-selfie”. We did not want to see how dangerous the world still was, despite the collapse of the Berlin Wall in 1989 and that of the USSR in 1991. We believed in this Western unipolar world, in the happy globalization , although this period lasted only ten years and ended on September 11, 2001 with the attacks in the United States.

When you start a psychoanalysis, the first thing you are asked is to tell your story, because you can’t know who you are and where you are going if you don’t know from where. we come. So, in Europe, as long as we continue to make circles in the water, to be reluctant to assume our identity and our heritage, our values ​​and our common history, we will not be able to define a precise goal or a vision for the future or above all, involve the populations in this adventure.

This is all the more problematic as the liberalization of transport, trade in goods and financial flows associated with the EU is perceived as only benefiting the wealthier classes of the population. As long as European leaders refuse to address the question of European civilization at European level, we will not be able to bring on board citizens who feel they are on the wrong side of globalization.

We must assume that European civilization has a separate heritage, neither American nor simply Western, based on values, a history, centuries of migration, artistic movements, successes, and also monstrous crimes and that we teach that. There is an urgent need to establish a common core in all schools in Europe on this heritage. This is an essential step. Then we can plan.

To build this block, you have to go through the foundations and cement. You have to embody. We can’t just put signs on the highways or in the stations, that’s not enough. You don’t fall in love with a growth rate or a structural fund.