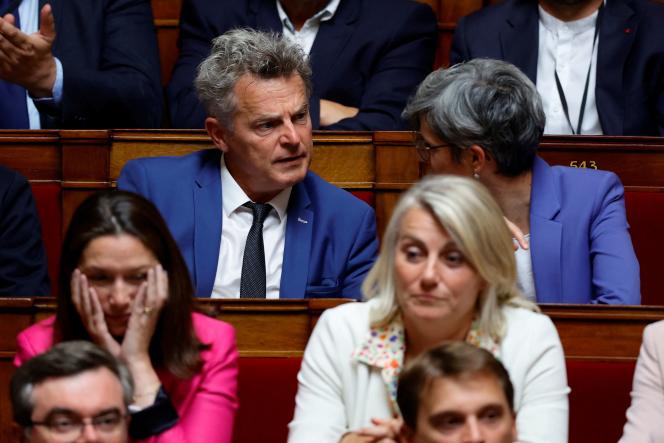 The leader of the Communist Party and deputy from the North, Fabien Roussel announced, on Wednesday June 29, at the microphone of Europe 1, that he was going to table a bill to “immediately lower taxes on the gasoline” and to “tax the profits of oil companies”.

“I will table today a text of law aiming to immediately lower gasoline taxes by 35 cents, we are a few days away from leaving on vacation, the liter of gasoline is flirting with 2.30 euros, 2.50 euros, it’s unbearable for many of our fellow citizens, including for workers who need their car to get to work”, he explained to the radio morning, before specifying that this proposal bill would propose “at the same time to tax exceptionally over 2021-2022 the profits of oil companies, including Total”.

According to him, the National Assembly has the power to implement this measure “immediately” and that is why he “returns the ball to the Prime Minister and the President of the Republic”. “Instead of asking us if we are ready to participate in a government, I ask them: ‘Are you ready to support such a bill?’ added Mr. Roussel.

The executive prefers to put pressure on large groups

“We are going to ask oil tankers to make an effort to lower prices at the pump,” Clément Beaune, the Minister Delegate for Europe, told France 2 on Wednesday. For the moment, “there is no question of introducing a tax”, he added, when Mr. Attal judged, on the line of Bruno Le Maire, that a tax on “superprofits” would not be the most efficient or the fastest measure.

“No arbitration is taken [on the subject,] we are watching, it is typically part of the things we are discussing with the oppositions at this very moment”, specified, for his part, on BFM-TV , government spokeswoman Olivia Grégoire. The latter says, however, “very sensitive to the argument” defended by Bercy: “We want these rebates and these reductions directly at the pump on the price of the liter rather than going through the State through a tax that it must then be redistributed. »

In an interview with Les Echos published on Wednesday, Bruno Le Maire said the government was expecting companies to “concrete proposals that directly improve the purchasing power of the French”. “We are talking with Total, as well as with the carrier CMA CGM, (…) we prefer that the money go directly into the pockets of the French rather than into the coffers of the State”, he said. At the microphone of France inter, Wednesday, Gabriel Attal again clarified the idea of ​​​​the government. “Going through a tax, going through the tax that the State will come to levy, it takes much longer than asking these companies to put in place measures in favor of the purchasing power of the French. »