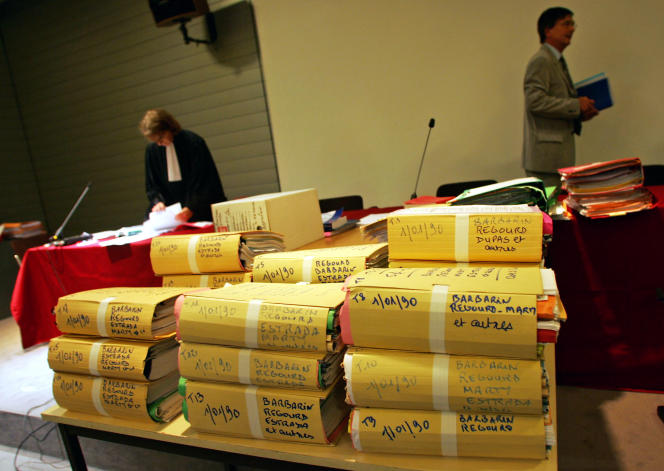 The Financial Action Task Force (FATF) has given France a thumbs up in the fight against money laundering and terrorist financing, in its first assessment report on the country since 2011. France is fighting “effectively “Judges the intergovernmental body, which advocates, however, improvements, including better supervision of certain professions exposed to financial crime, such as real estate.

The FATF, an intergovernmental body created in 1989 and bringing together 39 member countries, aims to clean up the international financial system by encouraging governments to adopt legislation against money laundering and the financing of terrorism. It also publishes a “grey list” of countries subject to heightened surveillance.

In its first assessment report on France since 2011, the FATF highlights the “considerable risk identification work” carried out by the country, which allows it to “have a good and relatively uniform understanding of the risks of money laundering of capital, and a very good understanding of the risks” regarding the financing of terrorism. “In general, the law enforcement policies and activities adequately reflect the identified risks,” summarizes the organization after two and a half years of audit.

For money laundering as for the financing of terrorism, “the system of fight” implemented by the authorities through various devices and structures “is effective in many respects” and has, from the point of view of “technical compliance, ‘a solid and sophisticated legal framework,’ notes the FATF.

Regarding terrorism alone, France, “particularly marked by the terrorist attacks of 2015, has made the fight against terrorism and its financing one of its major priorities and has obtained very good results”, underlines the report.

“No hole in the racket”

He is pleased that the report does not point to “no structural failure, no hole in the racket” but “adjustments to be made. We will gradually integrate these recommendations into our action plan,” he said in an interview with reporters. In terms of effectiveness, France thus obtains the best rating (graded between “high”, “significant”, “moderate”, “low”) for international cooperation, seizures and confiscations, investigations and prosecutions in the financing of terrorism.

It is, however, assigned a “moderate” level for supervision and implementation of preventive measures, for which “significant improvements” are recommended. In particular, the low number of suspicious transaction reports sent to Tracfin, the Bercy anti-money laundering unit, by certain professions is pointed out.

These mandatory reports – in case of doubt about the source of sums of money for example – are “heterogeneous”. “Notaries, online casinos and games, court administrators and judicial agents [in] submit a significant number. The others are still submitting only a small number,” notes the FATF, which stresses in particular that “the efforts of real estate agents and domiciliation companies must be strengthened”.

For some of these professions, “supervision is still recent and remains insufficient, in particular for real estate agents and notaries who are involved in a real estate sector exposed to significant money laundering risks”, estimates the FATF.