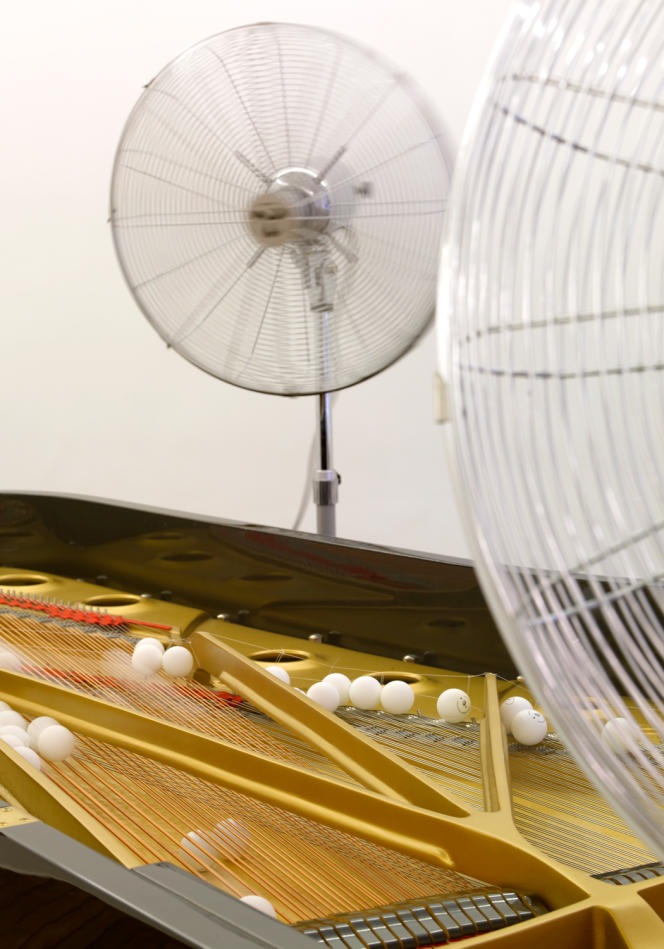 Watchmaking capital, Besançon has had a visceral relationship with time since the 19th century. This permeates the city from the astronomical clock of the cathedral to the Regional Contemporary Art Fund (FRAC) Franche-Comté, which has made this question a major focus of the collection for fifteen years. All that was missing from this institution was Roman Signer, a sculptor of the time, a specialist in poetic accidents. It has been done since the Covid-19 put projects on hold and slowed down the race of the world.

In two years, the FRAC has bought two works by the Swiss artificer in quick succession. In particular Klavier, a funny piano whose strings vibrate under the effect of ping-pong balls moved by the breath of two fans. This purchase gave Sylvie Zavatta, director of the place, the desire to expose more fully the work of this mischievous spirit, unknown to the French. What could be more (im)relevant, what could be more circumstantial, indeed, than this work that transformed failure and accident into creative tools? Sylvie Zavatta recognizes this: “Roman Signer was obvious in our time of multiple crises. »

In his photos immortalizing his actions, as in his installations, the artist savors chance, this grain of sand that binds the mechanics of everyday life and even more so in a country like Switzerland, where everything is regulated like clockwork. Music, precisely, Roman Signer knows it well. His father was director of various ensembles. He himself learned to play the bassoon. But Signer was too visual to become a musician. And, more than sounds, it is noises that interest him: the fall of an object, the blowing of the wind, the explosion of a balloon. When he designed, in 2010, this piano detuned by the breath of fans, he, of course, had in mind the artists of the Fluxus movement. Composer John Cage rolled oranges across the keys of a keyboard, while Joseph Beuys wrapped a grand piano in felt.

Before imagining this installation, Signer had first asked a friend to drop a piano from a helicopter near Lucerne. The ropes would have been fitted with sound sensors and the sound resulting from the crash would have been recorded during the fall. A bold idea. Too much for the police, who banned the action. Roman Signer then imagines another performance featuring a pianist playing a piece by Russian composer Alexander Scriabin on a drifting raft, while a helicopter comes dangerously close.

“It was as if a large insect had come to disturb the piano”, explains Signer, who decides to prolong the action with Klavier. He first thinks of tennis balls to tickle the ropes, before opting for lighter balls, ping-pong balls. For helicopter blades, he substitutes fans whose breath generates shrillness and pizzicati. A pure moment of out of tune poetry.