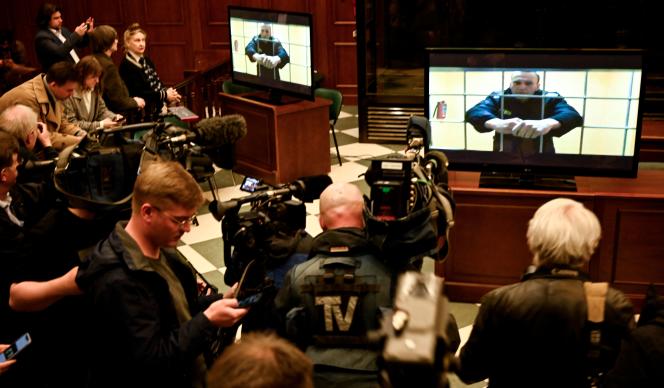 Russian justice confirmed, Tuesday, May 24, on appeal the nine-year prison sentence in “severe regime” of the main opponent Alexei Navalny, tried for “fraud” and “contempt of court”. “The Lefortovo court verdict of March 22 is unchanged,” a Moscow City Court judge said, noting that it came “into effect immediately.” The opponent’s lawyers immediately announced that they would appeal against this judgment.

At first instance, on March 22, the charismatic anti-corruption activist, who was already serving a sentence in a so-called “normal regime” colony, was sentenced to nine years in prison in a “severe” regime, where the conditions of detention are harsher. He was notably accused of embezzling millions of rubles in donations to his anti-corruption organizations. This sentence includes one handed down in March 2021 for “fraud”, in a case dating back to 2014 and involving the French company Yves Rocher.

“I call on people not to be afraid”

Alexei Navalny appeared by videoconference from the colony of Pokrov, 100 kilometers from Moscow, where he was serving his first sentence. Locked in a cage, he listened to the verdict carefully and sullenly.

Called to speak before the close of the proceedings, the opponent did not mince his words, despite several calls to order from the court. Believing that this lawsuit made “no sense”, he launched:

I despise your court, your system. Of course I don’t want to be in a cell. I would rather see my children grow up. But I call on people not to be afraid, to be afraid is a crime against our future.

Alexei Navalny was arrested in January 2021 on his return from Berlin, where he had spent several months recovering from poisoning, for which he holds Russian President Vladimir Putin responsible. The latter categorically denies and no investigation has been opened.

This arrest marked the starting point for the acceleration of a broad crackdown on all anti-Kremlin movements and independent media in Russia. This has increased further since February 24 and Vladimir Putin’s decision to launch a military offensive against Ukraine.