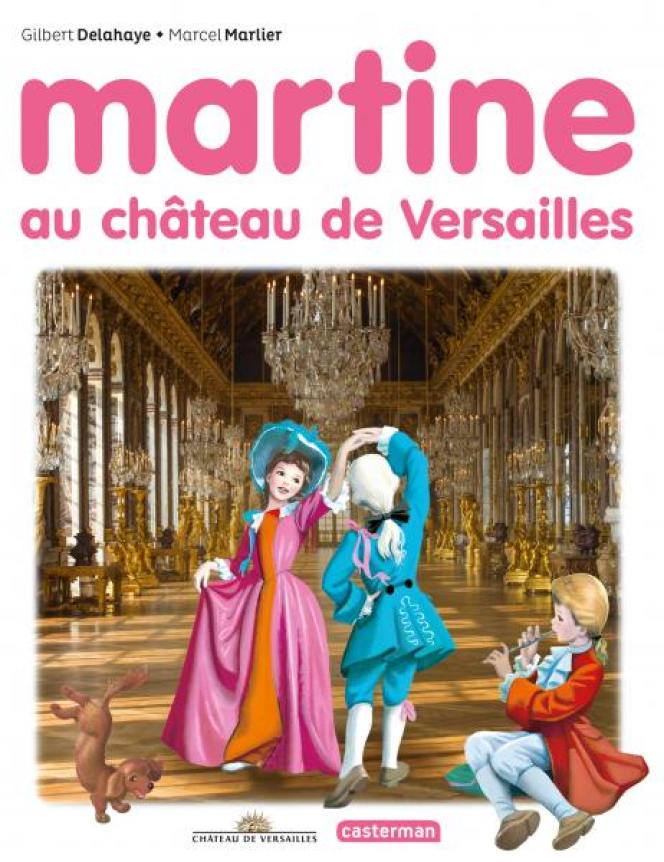 A resurrection through partnerships

For many years, Casterman searched for how to revive Martine. The click happened when Le Bon Marché proposed a commercial collaboration, in 2020, during an event honoring Belgian designers. Casterman then published a special edition of Martine fait ses races, released in 1964. Some changes were made and Le Bon marché was added to the story. Success is there: the store manages to sell all the albums.

A year later, it was the Louvre Museum’s turn to claim its own album. This time it’s completely new. As for Versailles, “it was on our initiative, it was an ideal universe for Martine”, explains Céline Charvet, youth editorial director at Casterman. The partner institutions of the last two albums have contributed to the content, in particular photographic, and receive, with each sale in bookstores, a small percentage. For the future, the Casterman publishing house is full of ideas. She plans to release a volume each year in May. The next one will be devoted to Brittany.

In the last episode, on Versailles, as in that on the Louvre, no new drawing was created: each illustration of characters and accessories comes from the image bank made up from the old albums. It was indeed out of the question for the family of the deceased Marcel Marlier, the beneficiaries of the work, that other designers take over (as is the case, for example, for Asterix and Obelix). In the edition on the Palace of Versailles, most of the drawings were taken, with the agreement of the family, from the album Martine disguises herself. They are then clipped to be integrated, from the right angle and at the right scale, into photographs of the places, partly taken for the project. A singular technique that Casterman had already used for the album on the Louvre.

Since its birth in 1954, thanks to the words of Gilbert Delahaye and the realistic pencil stroke of Marcel Marlier, 110 million copies of Martine have been sold in France. The adventure was stopped with the death of its Belgian designer in 2011. Until 2020, there were no new releases, but, from 2015, the old albums were the subject of a reissue. With modifications intended to erase stereotypes in the representation of girls and boys and an adaptation of the language and the story to a more contemporary audience. “We, for example, renamed the album Martine, petite Maman, in Martine keeps her little brother, explains Céline Charvet. We did not want her to be assigned the role of future mother by taking care of her youngest child. It was normal to do this rewriting of albums that date from the 1960s, to ensure the sustainability of the title. Every year, back issues sell about 400,000 copies. A figure that can go up to 500,000 during new releases, as in 2021 with Martine at the Louvre.

An inexhaustible source of memes

If Martine is part of the collective imagination, she has found a new youth on the Internet and social networks in the form of memes. The Martine concept is largely declined in a parodic way. Most of the time, it’s prankster memes that take over the cover, like “Martine is building an Ikea piece of furniture”, “Martine in confinement” or “Martine bailiff”. Sometimes the covers are inspired by the original ones but parodied with political figures. Some sites also offered to generate covers to create new ones.

Cannes: Rithy Panh, president of the jury of the TikTok Short Film Festival, resigns before changing his mind

News Editor - May 20, 2022 0
According to Paris Habitat, the good real estate deal lasted a little too long. The social landlord of the capital asked, Friday, May 20,...

Cannes: Rithy Panh, president of the jury of the TikTok Short...