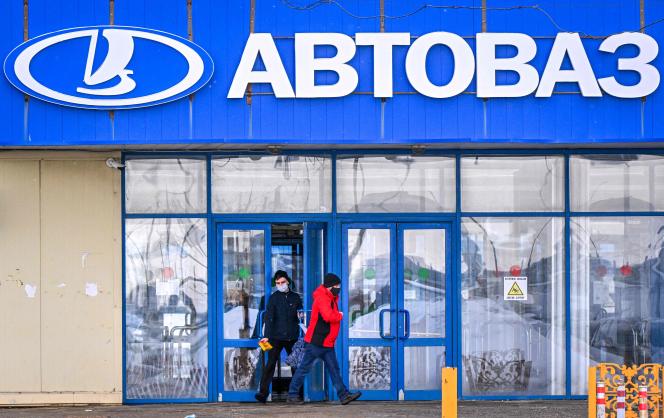 This assignment is the result of the war in Ukraine. The car manufacturer Renault has sold its assets in Russia to the Russian state, the two parties announced separately on Monday May 16, the French group specifying that it kept the option to buy back for six years its shares in Avtovaz, manufacturer of the Ladas. “Agreements have been signed for a transfer of the Russian assets of the Renault group to the Russian Federation and the government of Moscow,” the Russian Ministry of Industry and Trade said in a statement.

Renault has confirmed for its part the sale of its nearly 68% stake in Avtovaz, the main car manufacturer in Russia. No financial details were provided on Monday, but Russian Industry and Trade Minister Denis Manturov said in April that Renault planned to sell its Russian assets for “a symbolic rouble”.

“A responsible choice towards our 45,000 employees in Russia”

The group’s presence in Russia has been called into question since the start of the Russian offensive in Ukraine. “Today we made a difficult but necessary decision; and we are making a responsible choice towards our 45,000 employees in Russia, while preserving the group’s performance and our ability to return to the country in the future, in a different context,” said Renault CEO Luca de Meo, quoted in a press release from the group.

Renault’s board of directors “unanimously approved the signing of the agreements to sell Renault Group’s 100% stake in Renault Russia to the city of Moscow and its 67.69% stake in Avtovaz to NAMI [the Central Institute for Research and Development of Automobiles and Engines],” according to that statement, where Renault gives no amount.

Moscow Mayor Sergei Sobyanin said Renault had decided to close its factory near the Russian capital, which produces Nissan and Renault cars.

The Russian market is one of the most important for the former Régie, more precisely its second country after France in terms of vehicle sales (almost 500,000 registrations in 2021). The diamond group has its own activities there – a factory in the capital – and, above all, it owns (67.7%) the historic manufacturer Avtovaz (Lada brand). In total, Russia accounts for no less than half of the operating profit of Renault’s automotive division.

The car group is also facing logistical problems due to a shortage of imported components caused by Western sanctions. Avtovaz had to send its employees on paid leave for three weeks in April, stopping most of its production.