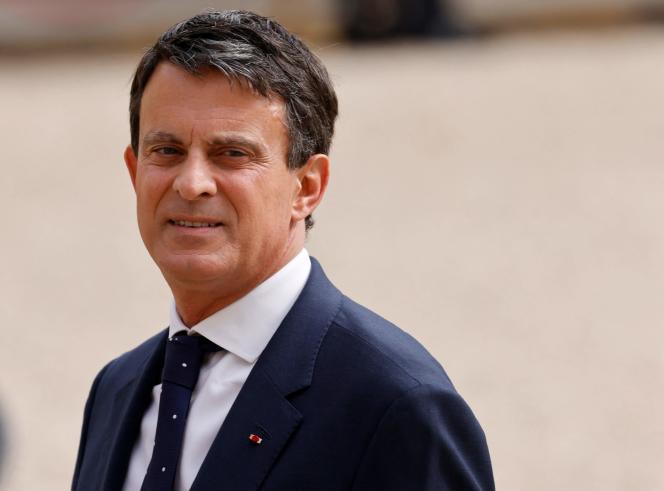 The graft did not take. Manuel Valls, candidate invested by La République en Marche (LRM) in the 5th constituency of French people living abroad (Spain, Portugal, Andorra and Monaco), was eliminated in the first round on Sunday June 5.

The ex-socialist came third with 15% of the vote, according to the results released by the Ministry of Foreign Affairs. He is largely overtaken by the candidate of the New People’s Ecological and Social Union (Nupes), Renaud Le Berre, who came first (27%) but also and above all by Stéphane Vojetta, the outgoing deputy and dissident candidate from LRM (25%). .

The former socialist prime minister admitted defeat in a message posted on Twitter: “I take note of the results. (…) If dissent and division have sown confusion, I cannot ignore my score and the fact that my candidacy did not convince. (…) It is up to me lucidly to draw the consequences”. Mr. Valls then called for Renaud Le Berre to be blocked in the second round, in this fifth constituency of French people living abroad, which includes Spain, Portugal, Monaco and Andorra and has around 120,000 registered voters.

“Goodbye Twitter…”, he added, before closing his account on the social network. Several members of the left-wing Nupes alliance and in particular of La France insoumise (LFI) immediately rejoiced at the news, relaying on Twitter, such as LFI number two Adrien Quatennens, a photo of Jean-Luc Mélenchon and other parliamentarians holding “Good Riddance” signs.

“Adios Manuel Valls (…) The left is indeed irreconcilable with neoliberalism, macronism, 49-3 and betrayal”, also wrote the ecologist mayor of Grenoble, support of Nupes, Eric Piolle. The candidate of La France insoumise and campaign director of Jean-Luc Mélenchon during the presidential election, Manuel Bompard, hailed on Sud Radio “good news”. “Manuel Valls has done a lot of harm to our country and to the left in particular”, he considered, before ironically: “It’s starting to cause some defeats…”

The leader of the deputies of La République en Marche, Christophe Castaner, responded on France 2 by deploring “the violence of the reactions, in particular that of Jean-Luc Mélenchon”, to the announcement last night of the defeat of the former socialist prime minister. “Politics gets lower with this kind of behavior. The seed of violence is to have reactions as brutal as that of Jean-Luc Mélenchon,” he insisted.

The Minister of Transformation and the Public Service, Stanislas Guerini, for his part praised “his political courage, his desire to serve the country at all costs. He expresses it like that, it’s in his gut, in his blood.” “It has a lot of value to go to an election, not everyone does. There are even some who want to be prime minister, ”he continued on Franceinfo in a spade launched at Jean-Luc Mélenchon, who decided not to represent himself.

The nomination of Mr. Valls by LRM had provoked the challenge of the outgoing deputy, Stéphane Vojetta, who considered himself the natural candidate of the presidential party. He had immediately announced that he would be a candidate for his succession, and denounced the “parachuting and upheavals of the old world”. “The French people in the constituency deserve to be represented by a person for whom proximity, loyalty and respect for the word given have value,” he added in his press release.

The formula aimed without naming his competitor and his political versatility. In 2017, after his defeat in the primary of the left in view of the presidential election and the victory of Emmanuel Macron, Manuel Valls was re-elected deputy in the 1st district of Essonne, under the label of the presidential majority . He left his post in 2018 to run for mayor of Barcelona, ​​​​but he failed – 13% of the vote – and had to settle for a position as a city councilor. A position he also left to return to France in August 2021, as a columnist on RMC and BFM-TV.

Stéphane Vojetta, he claims to have “put down [his] suitcases” in the constituency about twenty years ago. However, he only really occupied the seat from October 2021: substitute for Samantha Cazebonne in the 2017 legislative elections, he had replaced her when she was elected to the Senate. At the beginning of May, with Le Monde, he had expressed his conviction to be re-elected without worrying about his exclusion from LRM: “Once elected, I have no doubt that I will be reinstated in LRM or in another party. of the presidential majority. »

“I was nominated as a candidate by the presidential majority at the request of Emmanuel Macron”, insisted for his part Mr. Valls, adding: “I am serene, this candidacy is a good synthesis of my journey between France and Europe. Spain. I want to convince voters that they are lucky to have a strong-spoken former prime minister standing up for them. »

Results of the 2022 legislative elections: Manuel Valls eliminated in the...

Boris Johnson, weakened by the “partygate”, subject to a vote of...

DRC: President Tshisekedi has ‘no doubt’ about Rwanda’s support for M23...