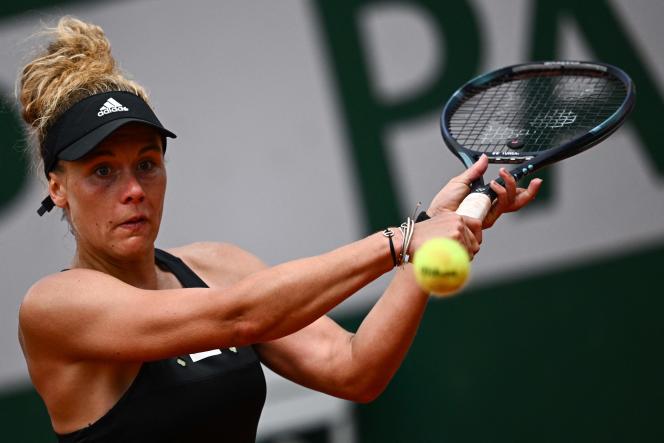 The second round of the Roland-Garros tournament continues on this Ascension Thursday, with several Blues and several headliners on the program, such as Daniil Medvedev, Stefanos Tsitsipas, Iga Swiatek, or Paula Badosa.

“I wanted to come back to have no regrets. I think I made the right choice.” Frenchwoman Léolia Jeanjean, who only returned to high-level tennis at the end of 2020, playing on the secondary circuit, gave herself the right to continue dreaming.

Recipient of an invitation, she had dismissed, Monday for her entry into the running in the Parisian competition, the Spaniard Nuria Parrizas-Dias (45th in the world). Thursday, she did not leave space for the Czech Karolina Pliskova, former world number one, now seeded number 8, beaten in straight sets (6-2, 6-2). “I don’t quite realize what’s going on. I find it just incredible, she said after her victory. I’m already happy to be here and to be able to play.”

Léolia Jeanjean therefore continues her path in the Parisian competition, the first Grand Slam tournament that she is called upon to play, at 26 years old. A hell of a “comeback” for the former great hope of French women’s tennis whose career has gone through a few meanders. The one who, as a teenager, had been described as “Mozart of tennis” by Tennis Magazine, had suffered an injury in 2010 (triple dislocation of the left kneecap), which had stopped her trajectory.

Leaving for the United States for her studies, Léolia Jeanjean had however continued to practice tennis there at the university level. Returning to France, she settled in September 2020 in Toulouse where Kevin Blandy, physical trainer at the Stade Toulousain tennis section and who also trains Hugo Gaston took care of her. Then ranked 1002nd in the world, it has since risen to 227th place.

Spaniard Paula Badosa, who swept France’s Fiona Ferro in straight sets on Tuesday in the first round, struggled more against Slovak Kaja Juvan. It took three hung sets (7-5, 3-6, 6-2) for the world number three, winner of Roland-Garros juniors and who had reached the quarter-finals last year in the Parisian tournament, to get his ticket to the third round.

The Norwegian Casper Ruud, who had to go, Tuesday, after five sets to get rid of the future retiree of the courts, Jo-Wilfried Tsonga, took place against the Finn Emil Ruusuvuori. The world number eight won in three sets (6-3, 6-4, 6-2).

The Czech Karolina Pliskova is the sixth member of the women’s top 10 who will not see the third round Porte d’Auteuil, after the early eliminations of Maria Sakkari, 3rd in the world and semi-finalist in Paris in 2021, Barbora Krejcikova (number 2 and defending of the title), Anett Kontaveit (number 5), Ons Jabeur (number 6) and Garbine Muguruza (number 10).