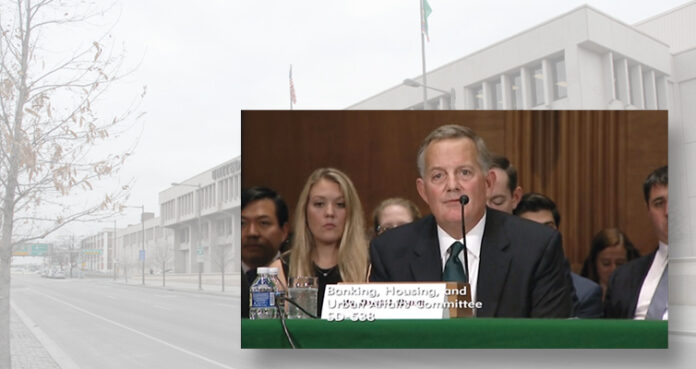 This bulletin has just been received from the Treasury Department

Alison Doone stated, “I’m thrilled to serve the U.S. Mint Acting Director to aid it continue its important works.” “I look forward working with the dedicated Mint employees across America and supporting our ongoing efforts in ensuring that we operate efficiently and produce quality products for the American public.

Wally Adeyemo, Deputy Secretary, said that Director Ryder was greatly appreciated for his dedication to the U.S. Mint. He also welcomed Alison to this position. “It is vital for the U.S. Mint’s critical operations to produce our coins amid increased demand and protect American assets to continue.” Alison’s leadership is my confidence in our ability to accomplish this mission.

Director David J. Ryder said, “It was an honour to serve as both the 34th and 39th Directors of the U.S. Mint.” The U.S. Mint was a shining example of American excellence during this pandemic. The Mint not only fulfilled its primary mission of producing circulating coins, but also generated near-record revenues by introducing highly popular numismatic items at a time when many of its peers worldwide had stopped operations. We are grateful to all the Mint employees for their tireless efforts and helping us meet our public demands, provide quality products and run efficiently. With Alison as Acting Director, I am confident that the Mint will continue to fulfill its mission.

Doone is a Senior Executive Service member since 2004 and has been the Mint’s Chief Administrator Officer since March 2021.

Ms. Doone was the Chief Financial officer for the Department of Education, August 2018-March 2021, and the Deputy Chief Fiscal Officer at Energy, January 2013-August 2018. She also served as Chief Financial Office at the General Services Administration, September 2010-January 2013. She was Chief and Deputy Chief financial officers at the Internal Revenue Service, August 2005 to September 2010. From June 2004 to August 2005, she was Deputy Assistant Administrator for Drug Enforcement Administration, from June 2004 to Aug 2005. Ms. Doone was a Senior Level (SL), and Deputy Staff Director of Management at the Federal Election Commission between November 1999 and June 2004.

Ms. Doone has a Bachelor of Science degree in political science from Pennsylvania State University, and a Master of Finance degree from the University of Michigan.