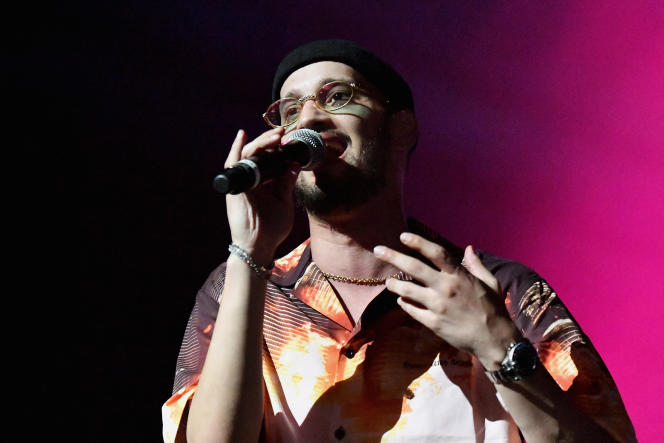 While his latest merengue-tinged hit, Suavemente, once again reached the top of the charts in France, the Algerian singer and rapper Soolking was on tour in North America, to win over a new audience. After years of success on both sides of the Mediterranean, the time had come to cross the Atlantic and sample venues like the Apollo Theater in New York.

“I never thought that one day in my life I was going to come and sing here. There, I’m here and frankly, I like it, “savored Soolking, during an interview with AFP behind the scenes of the legendary hall in Harlem where he performed on Friday May 13, putting his steps in those of Billie Holiday, Aretha Franklin and James Brown. “It’s a mythical hall like us in Paris, the Olympia. There have been many legendary artists who have performed [there]. So it’s an honor for me and it’s cool. I’m happy,” he added.

At 32, the native of the suburbs of Algiers continues to ignore borders, his artist name comes from a character in the manga series One Piece, and who had known success in 2018 thanks to Guerrilla, a piece inspired by his galley of sans-papiers.

Two albums and several hits later, including La Liberté, one of the anthems of the Algerian street in revolt against its power, Soolking took a new step this spring with a North American tour, which took him from Montreal to Washington via Chicago and New York.

“It doesn’t matter which country I’m listening to”, underlines the singer with multiple inspirations, between hip-hop, raï and Latin music, and who wants first of all “to seek out the human being, since music above all is is feeling. In my home country, I have people who listen to me and I have people who don’t listen to me.”

At the Apollo Theater, in front of a crowd of fans dancing, singing and waving Algerian flags, Soolking seemed to be playing from home. “It’s just great to see someone from our country having their name in the spotlight in New York,” enthuses 26-year-old Sarah Hammadi, who came with three cousins ​​from neighboring New Jersey. “It’s amazing, he represents Algeria,” she applauded.