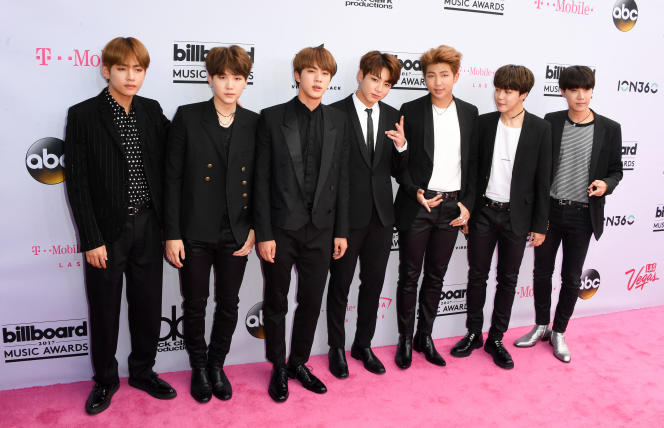 The K-pop group BTS, one of the most influential on the planet and which was recently received by US President Joe Biden, announced on Tuesday, June 14, a break so that each of the seven young men composing it focus on his own career.

The announcement, which had the effect of a bomb, was made during a dinner broadcast online to mark the anniversary of the boy band formed by seven South Korean artists in their twenties, considered as ambassadors of a part of the youth of the whole world and extremely popular, in particular in the United States.

In 2021, BTS recorded annual revenue of over $1 billion, driven by online content and album sales. One of the seven, “RM”, 27, explained that after several nominations for the Grammy Awards, the music industry awards, they “didn’t know what band they were” anymore, adding that some members were ” exhausted”.

“I always thought BTS was different from other groups (…), but the problem with K-pop and the whole star system is that you don’t have time to mature,” said continued the young man to millions of fans and the global music industry. “RM” pointed out that as a group, BTS “must keep producing music and doing something”. “In ten years, I have changed and I need to reflect and have time for myself,” concluded the artist.

One of his co-stars, 26-year-old Jimin (Park Ji-min), didn’t say otherwise, saying at the dinner that he and his six young co-artists were “little by little trying to figure out” what was happening to them. and to “reflect on the memory that each wanted to leave with their fans”.

The group had been invited on May 31 by President Biden to the White House to denounce racism against Asian people in the United States. The US presidency said they see BTS as “ambassadors of youth who are spreading a message of hope and optimism” to the world. The septet has already been invited twice to address the United Nations, in 2018 and 2021, in particular on climate change and the Covid-19 pandemic.