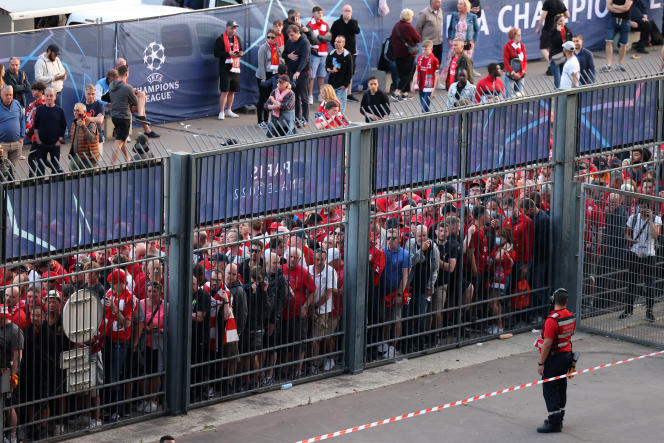 The day after the hearing of the Paris police chief, Didier Lallement, before the Senate to explain the incidents at the Stade de France on May 28, a first government investigation report was submitted on Friday June 10 to the prime minister.

In his report, the Interministerial Delegate for the Olympic Games (JO) and major events, Michel Cadot regrets “highly publicized scenes of operations to restore order (…) which have raised questions from outside observers on our country’s ability to deliver and succeed in the major sporting events for which we will soon be responsible”.

Two years before the Olympics, the report recommends the establishment of a national steering body for international sporting events of major interest, on the model of the one already in place for the Paris Olympics.

“The Prime Minister, Elisabeth Borne, has instructed the Minister of the Interior and the Minister of Sports and the Olympic and Paralympic Games to take up the recommendations it contains in order to implement them without delay,” Matignon wrote in a statement. communicated.

“Relativize” the number of supporters without tickets

Regarding the reasons for the failure, the thirty-page document goes back to the preparation, establishes a sequence of the evening, details the “dysfunctions” and distributes the responsibilities of each, without overwhelming one or the other of the actors.

Evoking an “embolism” and a “rupture” of the control and security system, the report judges that “the organizers and the police suffered” the crisis situation and points to “problems of execution”.

For the interministerial delegate, the trigger remains the “poorly controlled influx of excess public without tickets or with counterfeit tickets, in unprecedented proportions”.

But he calls for “relativizing” the first version of the Minister of the Interior, who had initially mentioned up to 40,000 English supporters without a valid ticket around the stadium. On Thursday, the prefect of police of Paris Didier Lallement had also nuanced this figure without “scientific virtue” and had admitted to having “perhaps been mistaken” on this subject.

On a more positive note, Mr. Cadot recalls that 97% of the spectators were able to attend the match and that the fan-zones installed outside the enclosure did not pose any problem of disturbance to public order.