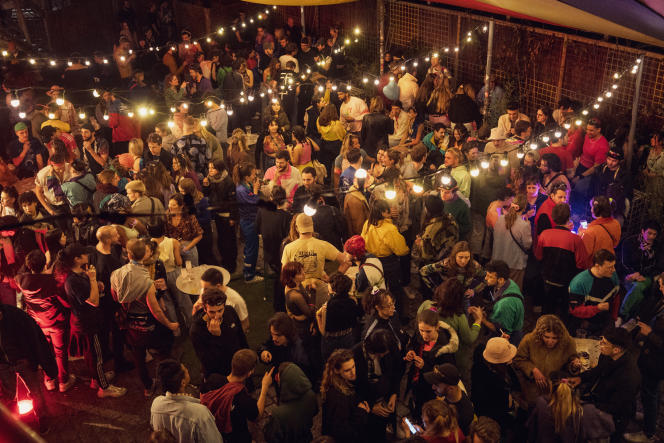 2022: France panics in the evenings

This June 21, a new wave of wild bites came to tarnish the Fête de la Musique all over France. Despite several reports, the Minister of Culture, Rima Abdul-Malak, assured that it was a “phenomenon of psychosis more [than a] real phenomenon”. Since the end of March, syringe attacks have been spreading everywhere, in festivals, in nightclubs or in bars. The stories are always the same: an invisible aggressor, a trace of a needle on the arm, buttocks or back, more or less intense symptoms (headaches, vomiting)… and toxicological analyzes that turn out to be negative. As of June 23, more than a thousand complaints have been filed since the beginning of the year.

2009: an acute problem in Xinjiang

Amid high inter-ethnic tensions in Xinjiang, China, a series of mysterious syringe attacks – 500 according to authorities – crystallizes the resentment of the Han, the majority ethnic group in China, against the Uighurs , the main targets of the charges. If the contents of the syringes are unidentified, New China, the official government press organ, claims that “no one was contaminated or poisoned”. Beijing then speaks of a “separatist [Uyghur] plot intended to sow terror”, without supporting evidence. Prison sentences of up to fifteen years have been handed down to several Uyghurs.

In Tianjin, in northeastern China, HIV-positive peasants from Henan province – victims of a resounding tainted blood scandal in the 1990s – are suspected of wanting to take revenge by attacking, armed with a syringe containing HIV-contaminated blood, random passers-by. The rumor swells and spreads to Beijing, 150 kilometers away. According to the authorities, nearly fifty people went to the hospital to find traces of injection and at least four people were arrested, without their HIV status or even their origin from Henan being established.

1998: Canada overtaken by the fear of AIDS

In 1998, a rumor shook Canada. In Toronto, young women are said to have suffered sting attacks at parties, before finding a disturbing message in their pockets: “Welcome to the world of AIDS”. In the face of widespread fear, attendance at bars in the region is dropping drastically. If the facts have never been proven, the rumor circulates all over the world, in different forms. In one of the most widespread versions, needles contaminated with HIV, accompanied by the fatal message, would be concealed directly in the seats of cinemas. No tangible element has given credibility to this urban legend.

At the end of 1819, Paris was gripped by a wave of panic: The Moniteur Universel, the official organ of the French government, revealed that, within a few months, four hundred people – mostly young women – had been stung until they bled, generally on the buttocks, in the public space (at the theatre, at the market, in the street, etc.). Attacks – inflicted with needles, punches and sometimes with canes equipped with darts – are quickly observed in the Provinces… For the historian Emmanuel Fureix, this “crime committed in the anonymity of crowds and bodies” mixes ” sexual vulnerability”, “moral panic” and “political instrumentalization”. It will be necessary to wait for the sentencing of a man to five years in prison for the anxiety to dissipate.