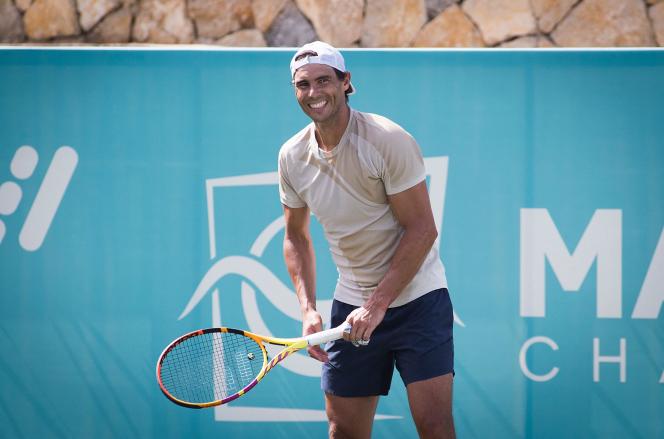 Victorious for the 14th time at Roland-Garros, on June 5, at the end of a fortnight spent with an anesthetized left foot in order to be able to play each of the matches of the Parisian tennis tournament, Rafael Nadal has “the intention of trying to play” at Wimbledon, which begins on June 27. This is what he said Friday, June 17 to the press, at the end of a week spent on the island of Mallorca, where he carried out grass training.

“This week of training shows me that there may be possibilities”, explained the Spaniard, who, after his victory at Roland-Garros, had started a treatment to relieve his foot pain: a “treatment by pulsed radio frequency (PRF)” which puts to sleep “the nerves in the region of the injury from which he suffers”, in the words of his spokesperson.

Rafael Nadal, who has suffered for years from Müller-Weiss syndrome, a degenerative and incurable disease, which is characterized by the deformation of one of the bones of the foot, said Friday noting the “changes” produced by this treatment. “I’ve been limp free for a week. I am happy. It lessened the pain that kept me from pressing on” the foot.

“I haven’t played on grass for three years and it’s going to be difficult,” he said, anticipating like a “lottery” his first matches at Wimbledon against players who have already made their mark on grass.

In the absence of world number one Daniil Medvedev (excluded because Russian) and number two Alexander Zverev, injured, Rafael Nadal should be seeded number two in London, behind Novak Djokovic, three-time defending champion.

The player with 22 Grand Slam titles, who won Wimbledon twice (in 2008 and 2010), will travel to London on Monday June 20 to train and play some exhibition matches.