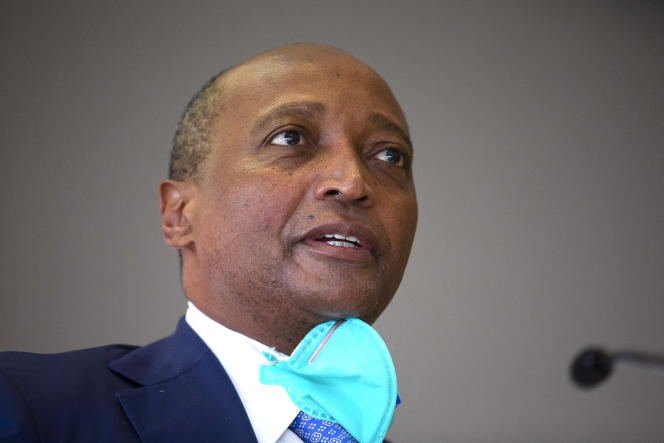 For a few days already, the question had arisen. At the end of a meeting of the executive committee of the African Football Confederation (CAF), Sunday July 3 in Rabat, Patrice Motsepe, its president, announced that the African Cup of Nations football was rescheduled, during a press conference in Rabat. The competition which was originally scheduled to be held from June 23 to July 23, 2023 in five Ivorian cities, Abidjan, Bouaké, Yamoussoukro, Korhogo and San-Pedro has been moved to January-February 2024.

“We don’t want to take the risk of having a competition under the deluge. It would not be good for African football and its image,” he explained. “We make the decision but it’s a matter of respect. We took a lot of opinions and some people told us “there’s climate change, maybe the rain won’t be a problem”. But the advice we receive is that we cannot take this risk, ”explained the president of the African confederation.

Last month, severe flooding caused by heavy rains killed at least five people in Abidjan. The heart of the rainy season in this city with a tropical climate, June is traditionally the wettest month of the year, with an average of around 300 mm of water.

“I am very proud of the world-class infrastructure, the support of President Alassane Ouattara, the Prime Minister, the government and all the football people in Côte d’Ivoire. This competition will be very special,” Mr. Motsepe assured. “We know that the month of January is not ideal. European clubs are therefore not always inclined to release their best players,” he admitted, however.

The 2nd vice-president of the Ivorian Football Federation (FIF), Koné Mamadou, declared that “if CAF decided so, it is because they have their reasons” and “we have no choice , we can only align.” According to him, “the last decision is up to the Ivorian authorities who have provided the means for the infrastructure”, including the construction and renovation of stadiums.

Former Ivory Coast international Cyril Domoraud called CAF’s decision “wise”. “We cannot deploy great resources for a CAN and play it in the rainy season,” he said. He considers it a “healthy decision, even if playing in January-February will annoy European clubs”.

Until 2017, the AFCON took place at the start of the calendar year. The CAF executive committee then decided to move the event to summer. The 2019 edition was held in June and July in Egypt. The following edition, in Cameroon, was moved several times, first at the request of the host country and then because of the Covid. It was finally held in January and February 2022.

News Editor - July 3, 2022 0
For a few days already, the question had arisen. At the end of a meeting of the executive committee of the African Football Confederation...