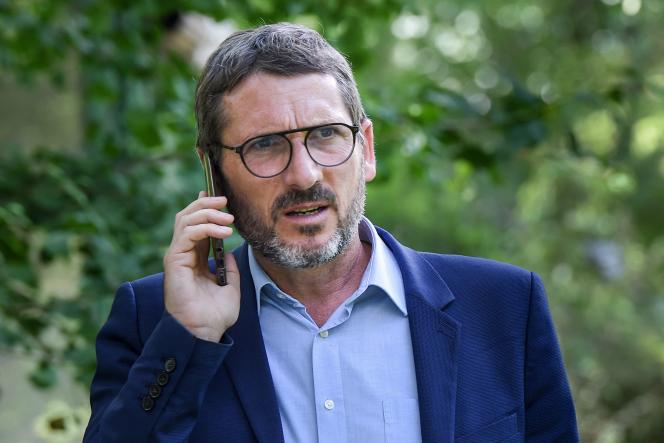 Matthieu Orphelin, former head of the list of the left bloc at the regional level in the Pays de la Loire, will resign from his mandate as regional councilor and stop politics, to “engage differently”, he announced on Tuesday June 7, at Agence France-Presse (AFP).

The ex-deputy walker, who announced in February not to seek a new mandate in the Assembly, will leave the regional council “in the coming weeks or the next few months” and “commit otherwise in favor of ecology “, he told AFP, confirming information from Ouest France. This announcement comes a few days after the publication of his book When is ecology big? What remains to be done (Rue de l’Echiquier).

“To continue all these fights a little differently”

The former head of the 2021 regional citizen list, supported by La France insoumise (LFI) and Europe Ecologie-Les Verts (EELV) in the first round, then joined by the Socialist Party and the Communist Party in the second round, said:

There is the need to continue all these fights a little differently. I’m turning a page in my life, I’m going to get involved elsewhere than in politics. We scored the highest score for ecologists in France at the regionals. From the start of the term, it was agreed that I would stay at the start to pass on my experience, but it was understood that I was not intended to stay for the entire term.

“I like politics but I think we need people not to be attached to their mandate, and then there was a desire in me to carry out these fights for biodiversity, climate, ecology differently. There is not just one form of commitment, “said the man who was also a spokesperson for the EELV presidential candidate, Yannick Jadot.

Matthieu Orphelin was vice-president of the Pays de la Loire regional council responsible for education and learning between 2010 and 2015. He joined Emmanuel Macron at the end of 2016 and was elected deputy for the 1st constituency of Maine-et-Loire, before leaving La République en Marche in February 2019, judging that the presidential majority was “not at the right pace on any of the major projects of ecological transition”.

At the regional council, he will hand over to Claire Schweitzer, municipal councilor of Angers (LFI).