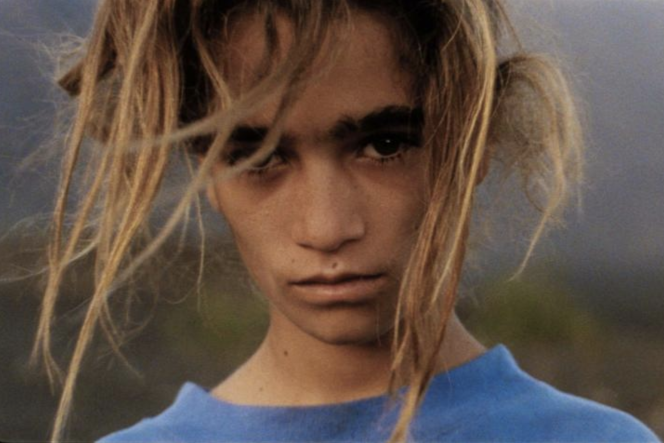 A long corridor in the dark. The visitor advances, slowly, his gaze gradually becomes accustomed. Then comes a bifurcation towards a dimly lit room, where metal sculptures float, like signs of calligraphy. These works are interposed in front of the living portraits of Pedro Costa, who scrutinize you with their eyes, on the suspended screens. Here we are at the Center Pompidou, in Paris, groping our way through the exhibition entitled “Le reste est ombre”, designed by exhibition curators Philippe-Alain Michaud and Jonathan Pouthier, which brings together until August 22 the sculptor Rui Chafes, photographer Paulo Nozolino and filmmaker Pedro Costa. This is currently in the spotlight, with a full retrospective of his work at the Jeu de Paume (June 14 to 26) and the theatrical release of a film on June 15, Ventura. Cavalo Dinheiro.

The silhouettes of the three artists eventually stand out from the darkness. They accompany us on this winding stroll, imagined by the architect Isabelle Raymondo. “The rest is shadow” provides an anti-“white cube” effect, this immaculate space welcoming contemporary creations. Here, the works almost hide from view, you have to go find them.

Work haunted by the void

We did not know it, but the Portuguese director, born in 1959, has for several years maintained a dialogue with Rui Chafes and Paulo Nozolino, both from more or less of the same generation as him: each, in his field, works on penumbra and the emergence of the works, rather than their frontal representation. Rui Chafes hammers a black, matte metal, creates hollowed-out eyeless heads, or thin metallic ribbons similar to leather strips, hung on the wall, that one would almost be tempted to grab. “A handful of silence”, analyzes the art historian Doris von Drathen, in the collective work published by the Center Pompidou, simply titled Pedro Costa, Rui Chafes, Paulo Nozolino. “‘The rest is shadow’ is not about ghosts, but about existences in the void, with a scenography that blurs the inside and the outside. Likewise, in my work, the inside and the outside are equal”, sums up Rui Chafes.

Paulo Nozolino, whose film work is haunted by emptiness, has installed a graphic triptych, all in parallel lines, of meat carcasses with their ribs echoing an alignment of guns and a brick wall. Another print, Sarajevo (1997), a portrait of a dead child who seems drowsy, in the morgue, stands next to a black steel plate by Rui Chafes, placed on the ground, slightly split, as though injured by a wound Véu (Veil , 2016).

Pedro Costa, who films Cape Verdean residents of Lisbon’s outlying neighborhoods, chose to screen unused rushes from Ventura. Cavalo Dinheiro. He rejects the term installation: “It is always about cinema, this film proposes a new montage with other takes. Other previously unseen images, from Dans la chambre de Vanda (2000), show the sound of hammers and bulldozers during the demolition of the Fontainhas district. A twilight atmosphere that suits artists. “We too are antiquities, with our ancient disciplines, cinema, photography, sculpture,” emphasizes Pedro Costa. “We are fossilized…”, confirms Rui Chafes.