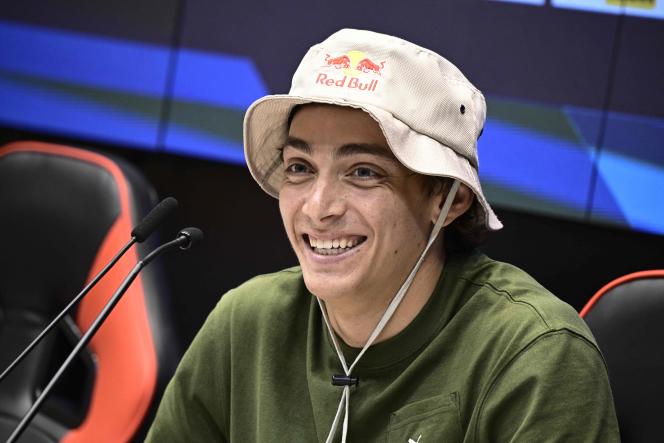 In Stockholm, the sun hardly ever sets at the end of June – a Nordic peculiarity. Thursday, June 30, another star decided to shine, that of the pole vault. In a stadium committed to his cause, the Swede Armand Duplantis achieved the best performance in outdoor history with a jump of 6.16 m.

After “Tsar” Sergey Bubka (6.14m in 1994), Duplantis took hold of the outdoor record with 6.15m in September 2020 in Rome, before raising the gauge by another centimeter on Thursday evening , triggering the roar of the crowd, who were just waiting for him and his mischievous teenage reel plastered all over town.

After breaking his indoor world record twice again this winter (6.19m then 6.20m, both times in Belgrade in March), the little prince of jumping continues with a fantastic start to the summer, two weeks before the Worlds in Eugene (United States), where he will chase the last title he is missing.

“I still have some leeway”

“What a delicious feeling. It’s great to jump on the track where I train, I live ten minutes away, I kind of wanted to defend my territory. The Swedish public gave me extra motivation,” he commented in the mixed zone.

“I felt like I had the form to do such a performance. Not necessarily the shape of my life, because I feel that I can still improve. I haven’t been perfect. I still have some leeway,” he continued.

Born with a pole in hand in Louisiana to an American father (his coach) and a Swedish mother (his physical trainer), Duplantis went through all the stages and broke all the age records in his discipline, before ruthlessly crushing the senior category since his European title acquired in Berlin in 2018, at the age of only 18.

Also indoor world champion and Olympic champion in 2021 in Tokyo, he only misses the outdoor world title to his already immense record, when he finished second in 2019 in Doha.

That’s good, the world championships of Eugene, in the country where he grew up, arrive in two weeks, while his form is dazzling.

“He’s making another monstrous leap. We don’t know where he’s going to stop, I’m happy to have had my good time before him, there he is walking on everyone, “said former world record holder Renaud Lavillenie, in progress with a fifth place at 5.83m.