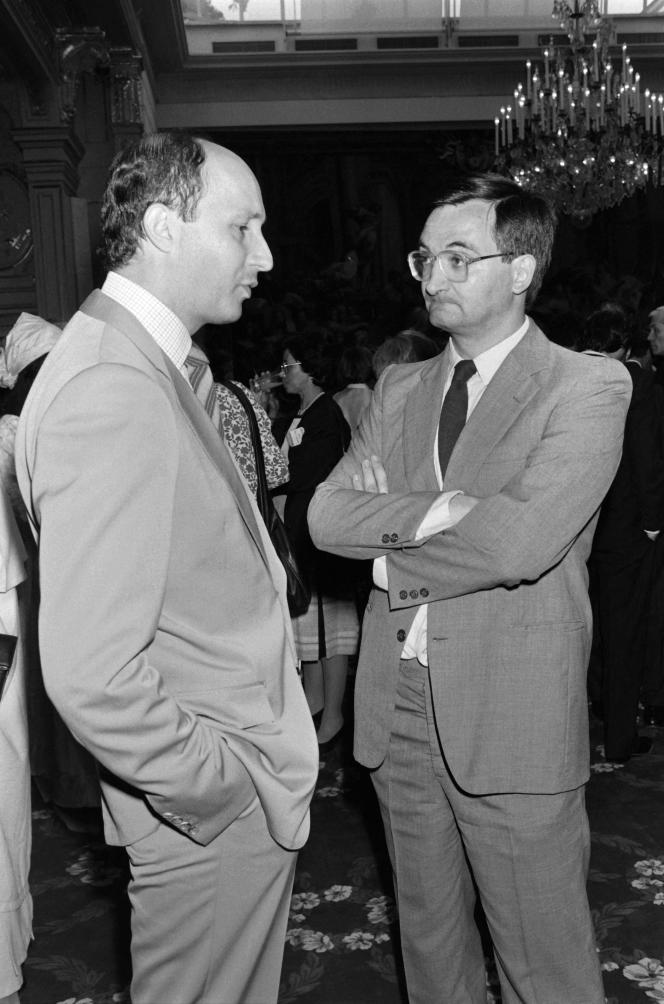 The title is catchy – a bit catchy. The first minute with Nadine Morano, Nicolas Sarkozy, Philippe de Villiers raises fears of a populist quarter of an hour in tune with the times.

But very quickly this documentary reveals its object, that of a journey in this once flamboyant left of power, today in a quasi-coma overwhelmed at the time of the Nupes… Like a guided and nostalgic tour of the cemetery of the elephants.

From the outset, the icons of the Mitterrand era are exposed – pinned down, one might say – in their assumed contradictions – or not. Jacques Attali and Laurent Fabius are in the front row. The first speaks without blinking, the second, no – duty of reserve probably on the part of the former “youngest prime minister given to France” (1984) who ends his long career as President of the Constitutional Council… Missing Jack Lang, Edith Cresson, Ségolène Royal, François Hollande, DSK… who were the linchpins of this era as blessed as it was ambiguous for the “reformist” left.

Opposite, journalists. Of which we no longer know if they were actors or simple commentators in their newspapers labeled on this side of the politico-media chessboard. Thus the former editor of the Nouvel Observateur and Liberation Laurent Joffrin – author of a book on the question in 2006: History of the left caviar (Robert Laffont) -, today converted into a politician with his social-democratic movement Let’s promise that he will serve in vain for the PS presidential candidate Anne Hidalgo (which is not specified in the documentary). Or Gérard Lefort, an elephant of the Libé of the great years, who still has not recovered from the great neoliberal shift of 1983 led by Fabius with Jacques Delors in the back seat.

For Le Monde, Raphaëlle Bacqué unfolds without taking sides an analysis of this so-called “caviar” left at the time of its splendour: “In Paris, her place is the Café de Flore [in Saint-Germain-des-Prés]. (…) She wants, in a frantic way, to be modern, [to show that she can] succeed and display her success. She wants to be “American”… So money is no longer guilty. »

There remain the images of this era which seems so distant. Fabius showing himself leaving his house in slippers to get croissants, his wife coming to Matignon in a 2CV… Bernard Tapie seducing Mitterrand with his uninhibited busyness of a former poor man who became an entrepreneur, in these 1980s of all possibilities, of all the excesses. Yves Montand recruited to host the program “Long live the crisis!” – “A great moment of ‘coming out’ of the caviar left”, sums up the historian of ideas François Cusset.

Like an old souvenir photo book that we enjoy looking at in difficult times. But that we close without hesitation, heaving a big sigh. Left caviar or “champagne socialists” as the English say, an outdated universe more than ruthless.