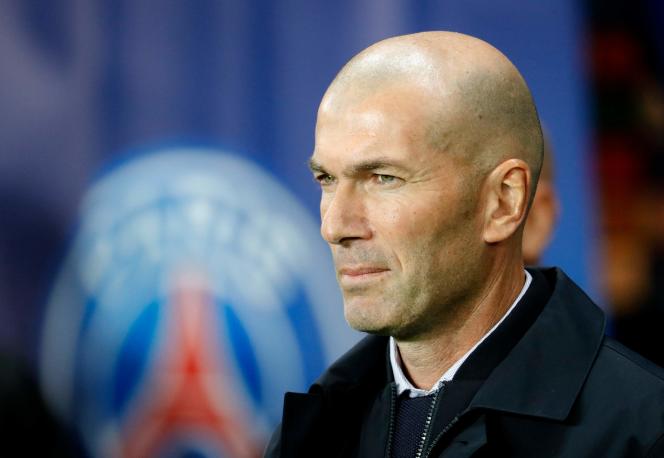 Zinédine Zidane is not yet the coach of Paris-Saint-Germain. Will it ever be? Announced Friday as imminent by several French media (Europe 1, RMC) and Spanish (El Mundo Deportivo), the arrival of the 1998 champion seems less topical, this Monday, June 13. “All these rumors circulating are unfounded”, reacted very quickly to his historical agent, Alain Migliaccio, interviewed by L’Equipe.

Despite this denial, the Zidane track does not seem to have been completely lost in the desert of the Arabian Peninsula. At PSG, Qatar Sport Investments (QSI) has always made and broken coaching careers. Luis Campos does not discover it, but barely appointed sports adviser, the Portuguese realizes that “Doha” has its reasons and its desires that Paris cannot completely ignore.

Nothing new in the PSG sun. When we lend Campos the desire to replace a Mauricio Pochettino more than ever on the start with Christophe Galtier (under contract with Nice) with whom he led Lille to the title of champion of France in 2021, Doha and the Emir Al- Thani still dream of another Marseille. La Castellane rather than Les Caillols.

Between the emir and the former number 10 of the Blues, the connection has been established for a long time. In 2005, Zidane politely declines the golden bridge of the one who is then only crown prince, to finish his career on a gentle slope in one of the clubs of Doha. Five years later, Zidane becomes the ambassador of the country’s bid for the 2022 World Cup.

This support does not go unnoticed, nor does its remuneration. The New York Times mentions the sum of eleven million euros for three months of work. “We talked about ten, eleven, twelve, thirteen million euros… I’ll say it clearly: it’s nonsense. It is not a quarter of these sums, assures the person concerned in an interview with L’Equipe. I got a lot of money. But this money is redistributed by the Zidane Foundation. »

Since then, his name has remained a kind of fantasy on the side of PSG. With Pep Guardiola, the three-time Champions League winner with Real Madrid would be seen as the only one capable of managing a star locker room that is said to be self-managed and too used to cuddle therapy.

In recent months, sporting director Leonardo has failed to restore order and paid the price with his hasty departure on May 22 (but still not formalized). Pochettino, on the other hand, seems to have quickly given up his principles to accept a role of guide, put back in this place when he dared to replace Lionel Messi during a match against Lyon, in September 2021.

Pep Guardiola has two problems. He is still the manager of Manchester City until 2023 and passes for an inflexible genius. On paper, his dogmatism seems less soluble with the PSG of Mbappé, Neymar and Messi than the natural charisma coupled with an assumed pragmatism of Zidane. Presented as close to his players, the Frenchman also knows how to decide. In Madrid, he dismissed Gareth Bale or James Rodrigues, too intermittent talents sacrificed on the altar of the collective.

But today’s football is like that. Footballers are no longer under orders and it is up to the coach to establish his authority and maintain it. Behind the silent image, Zidane knows how to impose his choices with a look and a few words. He showed it at Real, arguably the club where the coach’s seat is the most burning and ejectable (“It’s exhausting to be a coach, and even more so at Real Madrid”, Zidane admitted in 2018) . But at the White House, he was at least at home. He knew all the pieces of it for having been a player, adviser to the president, assistant or even coach of the reserve team.

The question of cohabitation with Campos

At almost 50 years old, the Zidane outside this Madrid context remains terra incognita. Guardiola has already managed to graft his Barcelona principles to Bayern Munich and Manchester City, “Zizou” is basically a fairly new technician with his debut in 2014. However, he is expected to be a miracle-working technician, capable of cure PSG’s scrofula with a simple touch, restore Messi to his 20-year-old legs and make Neymar want to go to bed early.

Beyond the unfinished quest for victory in the Champions League, the image of the club and therefore of its owner is also at stake. In Doha, we get tired of seeing Europe laugh under the hood of the misfortunes of PSG, of this ability to lose unlosable matches, of being perceived as an institution that is too weak.

The arrival of Luis Campos is part of the story of the moment, that of Kylian Mbappé’s post-contract extension, of a club finally managed, back to work and without privilege. In short, a small revolution. Campos isn’t afraid of the bad cop role. Interventionist, he is expected to bring order and, of course, to speak about his talents as a recruiter already observed in Monaco then Lille.

But Campos likes to work with a coach chosen by him, when Zidane, for his part, would demand to have a real say in the transfer window. Bringing in the second already risks weakening the authority of the first. Unless the Portuguese has been put in the loop for a long time and would have accepted this prestigious cohabitation? In the meantime, the French championship is still far from having found its “Zizou”, twenty-six years after its farewell to Bordeaux during the reception of … PSG, May 11, 1996 (2-2).

Despite his Marseille ties, the child of La Castellane never quite closed the door to a departure for the capital. In football, you never know. “As a player, it may be different, but as a coach, it’s opportunities…”, he confided on the set of “Canal Football Club” in 2015.

But the main one remains the position of coach, perhaps released by Didier Deschamps at the end of the next World Cup in Qatar (from November 21 to December 18) depending on the course of the Blues. Whatever happens, the future of coach Zidane goes through Doha.