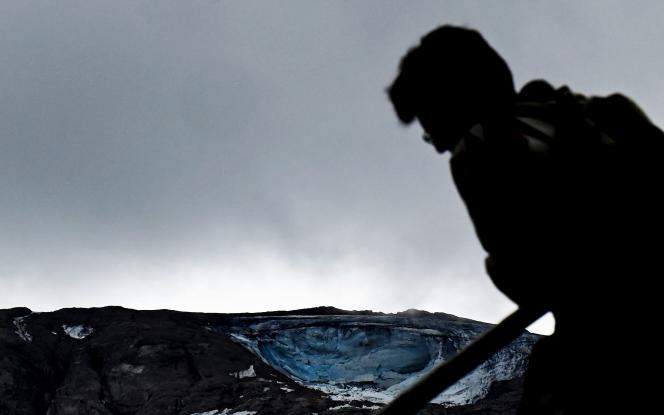 While, three days after the tragedy, rescuers are still working at the foot of the Marmolada massif to find the five people still missing (in addition to the seven dead in the collapse of the massif), Italy seems to discover the vulnerability of its glaciers. A study has caused a stir in recent days in the Peninsula. Led by Legambiente, the main environmental protection association, in coordination with the Italian Glaciological Committee (CGI), it draws up a health assessment of the fourteen most important transalpine glaciers. A health which, in the light of scientific reports, is worrying to say the least.

The study first reveals that the Marmolada has lost more than 85% of its mass since the first surveys carried out in 1905, including 70% in the last twenty years. “When we did the first readings on the Marmolada two years ago, we saw an incredible regression,” explains Vanda Bonardo, president of the scientific committee of Legambiente. “The question we asked ourselves was whether the glacier would disappear in twenty or thirty years or rather in ten or fifteen years. Rather, it seems to be the second hypothesis,” she adds.

This photograph shows the extreme instability of the transalpine glaciers, where the falls of seracs and the runoff of water under the glacial layer have become commonplace. Whether they dominate Friuli, Trentino or northern Veneto, all the glaciers studied, classified into subgroups, are in sharp decline and marked by accelerated fragmentation. One of the emblematic cases concerns the glaciers of the central sector of the Italian Alps, in particular those of Adamello, located between Lombardy and Trentino-Alto Adige, and that of Forni, further north, which borders the border with Swiss. The latter, according to the study, has indeed experienced a spectacular erosion, losing 48 meters between 2020 and 2021.

Culminating at more than 3,500 meters and extending over more than 14 square kilometres, the Adamello glaciers represent the largest glacier complex in the Italian Alps. There is notably the Mandrone, the main glacial tongue of this set and which has melted 200 meters since 2010, according to CGI surveys.

Scientists also mention less exposed massifs, such as Montasio, located in the Julian Alps, east of the Peninsula, in the autonomous province of Friuli-Venezia Giulia. Bordering the Slovenian border, this region has benefited from heavy snowfall in recent years. “Despite the increase in temperatures, the heavy snowfall has temporarily compensated for the mass losses induced by longer and hotter summers, and makes the glacier more resilient in this climatic phase”, underlines the publication. With data from late summer 2021, the reprieve could be short-lived for the Montasio glacier, as last winter saw a sharp reduction in snowfall. “The winter has been very mild and the protective cover has been reduced,” says Vanda Bonardo.

The Legambiente study also notes with concern the acceleration of landslides and rockfalls in most Italian glacier areas in recent years, regardless of their location, due to thawing permafrost. “Constant monitoring of Alpine glaciers not only documents the reduction in glacier mass, but also its effects on the territory,” the study points out. Thus, the massive flow of water raises the question of its storage, which remains a challenge in many Italian valleys.

The volunteers from Legambiente and the Italian Glaciological Committee should leave at the end of August to carry out new surveys on the slopes of the glaciers, with already a bad feeling, confirmed by the drama of the Marmolada, whose entire massif has just been closed to the audience. Some data will have to be collected remotely, due to the risk of disruption. “In March and April already, the glaciers looked like those in August,” Vanda Bonardo worries.