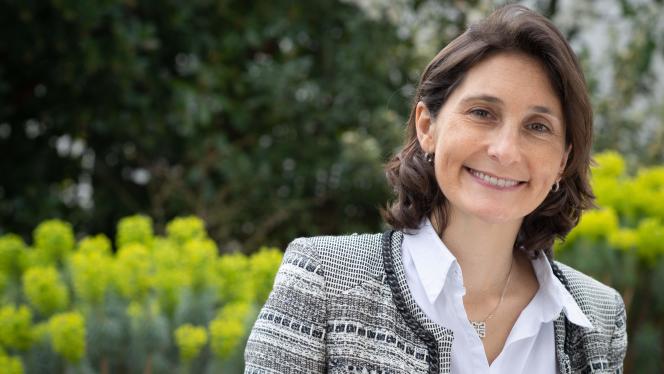 By appointing, Friday, May 20, Amélie Oudéa-Castéra Minister of Sports and the Olympic and Paralympic Games, Emmanuel Macron is a little more in line with the continuity: that of appealing, after the fencer Laura Flessel and the swimmer Roxana Maracineanu during from his first term at the Elysée, to former high-level sportswomen for ministerial office.

It is not a surprise either as the name of the former hope of French tennis and current director general of the French Tennis Federation was at the top of the list of potential candidates for the ministry. Amélie Oudéa-Castéra notably wrote the sports proposals for Emmanuel Macron’s presidential program: introduction of thirty minutes daily of sports in primary school and two additional hours of PE per week in middle school from the start of the 2022 school year.

Amélie Oudéa-Castéra had also been approached for the Ministry of Sports in 2017, but Laura Flessel was then preferred to her. Ditto eighteen months later, when Roxana Maracineanu was chosen to replace the former swordsman, who resigned.

Amélie Oudéa-Castéra is a full-fledged minister when the former world champion in the basins has been practicing, since July 2020, under the supervision of national education. In addition, the Minister sees the scope of her action extended to the Paris 2024 Olympic and Paralympic Games.

This appointment Avenue de France comes in any case “reward” the loyalty of this close friend of President Macron, whom she knew on the benches of the ENA in the early 2000s.

“An impressive capacity for work”

A brilliant junior tennis player, Amélie Oudéa-Castera has never been ranked higher than No. 251 on the WTA Professional Tour. In 1996, convinced that she would not play the leading roles on the courts, she put away her rackets at the age of 18 and prepared for Sciences Po Paris, which she would integrate with a flattering note. She continues with Essec and ENA, in the same class as Emmanuel Macron.

Graduated in 2004, she made her debut as a magistrate at the Court of Auditors before joining, in 2008, the insurer Axa, for which she was in charge of the marketing department and then digital. Ten years later, Carrefour recruited her to help it negotiate the digital transformation shift. She won’t have time to leave her mark on it.

In March 2021, Gilles Moretton, newly elected president of the French Tennis Federation, finally convinced her – after several attempts – to join the general management of the “fédé”. There is no lack of construction sites: the FFT comes out, like all French sport, weakened from the first months of the Covid. Amélie Oudéa-Castera therefore has as a priority to optimize the income of Roland Garros, the cash cow of French tennis, or to relaunch the practice among the youngest, whose number of licensees continues to decline.

“She has an impressive requirement and capacity for work,” said Amélie Mauresmo, new director of the Parisian Grand Slam, in an interview with Le Figaro. “Amelie has a capacity for mobilization and an exceptional intensity in commitment. She has always kept the culture of the high level “, judge for his part Alexandre Bompard, CEO of Carrefour.

The imperative success of the Games

Now Minister of Sports, “AOC”, 44, will have to prove it. In two years, the eyes of the whole world will be on the Olympic Games in Paris. Organizational success, if not sporting success for France, is imperative. As will compliance with the budget envelope and environmental commitments.

Beyond the sporting success – the objective of a top 5 for France seems more and more difficult -, and the heritage of these Olympic Games, “AOC” will also have as a roadmap to continue the transformation of the governance of sport with the deployment in the regions of the National Sports Agency (ANS), whose creation in April 2017 confused the players in the sector.

The senior civil servant, married to Frédéric Oudéa, director general of Société Générale, knows the file: she had been appointed to the board of directors of the National Center for the Development of Sport, the ancestor of the ANS, in 2009; worked on improving the governance of federations within its association Rénovons le sport français; and had been asked in 2018 to lead the ANS, chaired at the time by Jean Castex. But this time, she was the one who declined the offer.