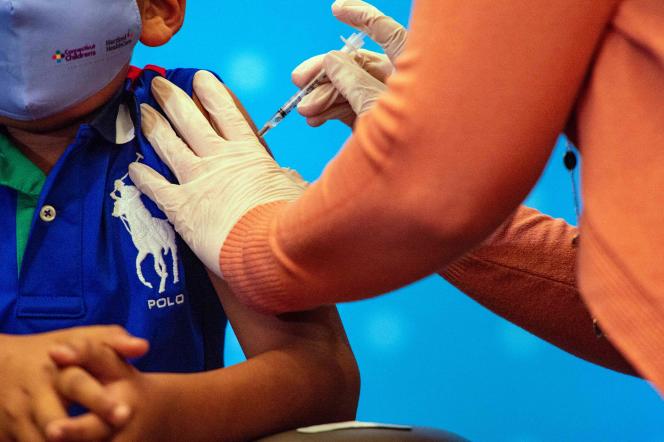 After having authorized them in emergency the day before, the American health authorities recommended on Saturday June 18 the vaccines against the Covid-19 of Pfizer and Moderna for the toddlers, the United States thus becoming the first country to return the injections of these two messenger RNA vaccines possible from the age of 6 months.

This news was immediately hailed by President Joe Biden as “a monumental step in the fight against the virus.” “These vaccines are safe and highly effective, and will give parents peace of mind knowing their child is protected against the most severe cases of Covid-19,” he added in a statement.

On Friday, the US Medicines Agency (FDA) had already authorized them on an emergency basis for these young children – who until now could not be vaccinated before 5 years old. But the Centers for Disease Prevention and Control (CDC), the country’s main health agency, still had to recommend them so that the injections could begin, which has now been done. “We know that millions of parents (…) want to vaccinate their young children, and with today’s decision, they can,” said CDC director Rochelle Walensky in a statement.

The US government has made several million of these infant doses available to states, and had already begun sending them to the four corners of the country as soon as the FDA authorization was granted. Joe Biden promised that parents could start making appointments next week to perform the first shots, and that vaccines would be available in thousands of places, including pharmacies and hospitals.

Application for authorization in Europe for Pfizer

Now, Moderna’s vaccine, in two doses given one month apart, is available for children between 6 months and 5 years old at a reduced dosage of 25 micrograms (compared to 50 micrograms for 6-11 year olds, and 100 for 12-17 year olds, like adults).

The Pfizer-BioNTech vaccine is authorized between 6 months and 4 years at the rate of 3 micrograms per injection, or one tenth of the dosage used for adults. Main difference: it will have to be done in three doses from the outset – the first two three weeks apart, the third given eight weeks after the second. Children receiving it will therefore not be optimally protected for several months.

But its side effects appeared in clinical trials to be less severe than after Moderna’s vaccine. About a quarter of young children given Moderna developed a fever, especially after the second dose. But it usually subsided after a day.

The United States has approximately twenty million children under the age of 5. Although the youngest are less vulnerable to Covid-19, some 480 children in this age group have nevertheless died in the country. They can also develop long Covid, or severe cases of pediatric multisystem inflammatory syndrome. Pfizer said it wants to submit an application for authorization for this age group to the European Medicines Agency (EMA) “in early July”.