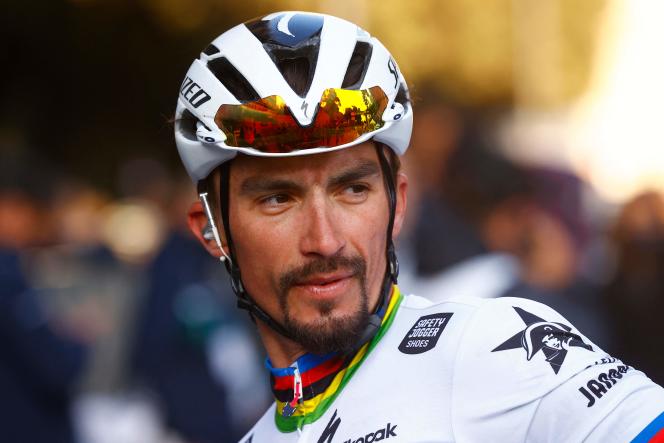 It was “the” question that agitated French cycling enthusiasts as the Tour de France approached: would Julian Alaphilippe be there? The reigning world champion will ultimately not participate in the 109th edition of the Grande-Boucle, which starts Friday July 1 from Copenhagen, announced his team, Quick-Step Alpha Vinyl, Monday June 27.

The native of Saint-Amand-Montrond (Cher) returned to competition on Sunday during the French championships (13th), two months after his serious fall in Liège-Bastgogne-Liège at the end of April. “I really came to see where I was, to make an effort,” the six-time Tour de France stage winner recalled at the end of the event. “I can’t say I had a lot of fun but I was better than I thought so I’m happy. »

“One of the most iconic runners”

In a statement, Tom Steels, Sporting Director of Quick-Step, underlined that “the decision to leave Julian at home was very difficult since he is one of the most emblematic riders of the team”.

“Julian has worked hard to get back in shape after what happened to him in Liège, but it is felt for a rider like him that it is always important to be at the top of your game and be able to fight with the best riders in the peloton (…) That’s why we decided to give him more time to recover. »

Since 2018, the Frenchman has shone at each edition of the Tour. Especially in 2019 when he won two stages and wore the yellow jersey for fourteen days before finally taking fifth place.

His compatriot and teammate, Florian Sénéchal, who won the title of national champion in Cholet, is also not in the group of eight riders selected by the Quick-Step. The team has also decided to do without Briton Mark Cavendish, who equaled Eddy Merckx’s record for stage victories in the Tour last summer (34) and won the British title on Sunday.