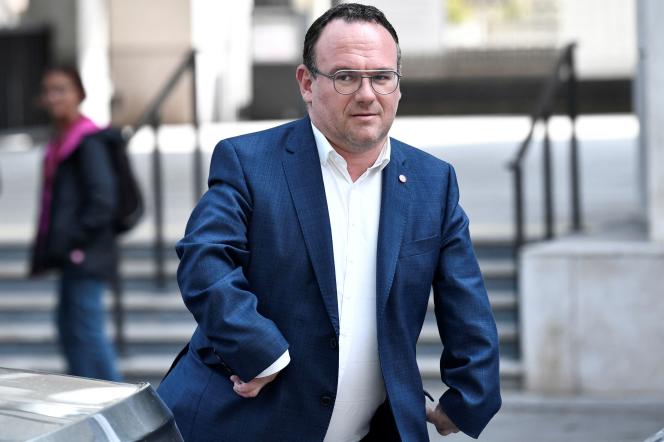 An investigation into attempted rape was opened on Tuesday, June 28, after a woman filed a complaint against the Minister of Solidarity, Damien Abad, announced on Wednesday, the Paris prosecutor’s office, requested by the France-Presse agency. The investigations were entrusted to the brigade for the repression of delinquency against the person (BRDP).

His lawyer, Me Raphaële Bialkiewicz, had informed Mediapart that she was “collecting and cross-checking elements, with a view to providing all the necessary follow-up”.

“The opening of a preliminary investigation is non-information since everyone knows that any registered complaint, even if it is unfounded, time-barred and firmly contested, is systematically followed by the opening of a preliminary investigation”, reacted the lawyers by Damien Abad, Benoît Chabert and Jacqueline Laffont. “Damien Abad therefore takes note of this logical sequence and will be able to quickly demonstrate his innocence”, they added. On Monday, the minister again challenged the charges and announced that he was filing a complaint for slanderous denunciation.

“It is a very good signal for the victims. My client has faith in justice, “said the plaintiff’s lawyer, Me Raphaële Bialkiewicz.

During the facts related by Laëtita to Mediapart, she was president, in her department, of the youth movement of the New Center, of which Mr. Abad, MEP, was the national president. On the evening of the events, she says, Damien Abad “offered her a drink”, at the bottom of which she saw “something”: suspicious, she went to spit out her sip in the toilet.

Laëtitia said she was finally able to “get rid of” her alleged attacker and leave the room thanks to the irruption of a guest. The facts reported by this woman are “supported by the testimonies of eight people, in whom she confided or who may have witnessed certain elements of her story”, and whom Mediapart claims to have contacted. Brigitte Fouré, now mayor (Union of Democrats and Independents) of Amiens, and at the time departmental head of the New Center, thus remembers Damien Abad’s “indecent behavior” towards the young woman.

Damien Abad had denounced the “carefully chosen calendar of these publications”, before the second round of the legislative elections, and the “partiality” of the Mediapart investigation, which, according to him, has a “political” motivation. “As for the allegations reported, they revolt me ​​and I categorically refute them,” added the minister, re-elected deputy for Ain on June 19.

Two other women accuse the minister of sexual violence. One of them, “Margaux” (assumed name) filed complaints twice. They were dismissed in 2012, then in 2017, first for “lack of the complainant”, then “for lack of a sufficiently serious offense”.

For the other, “Chloé” (assumed name), who denounced facts that allegedly took place during a party in the fall of 2010, a report had been made by the Observatory of sexist and sexual violence. The Paris prosecutor’s office had however announced at the end of May that it was not opening an investigation “as it stands”, for lack of “element allowing the identification of the victim of the facts denounced”. His testimony had indeed been transmitted to justice in an anonymized form.

The opening of this investigation risks reigniting the controversy over the maintenance of Damien Abad in the government of Elisabeth Borne. Calls for the minister’s resignation have multiplied in the ranks of the opposition and feminist associations. On June 20, 200 women, elected officials, journalists, feminists, artists, made a request to this effect in a column published by Le Monde.