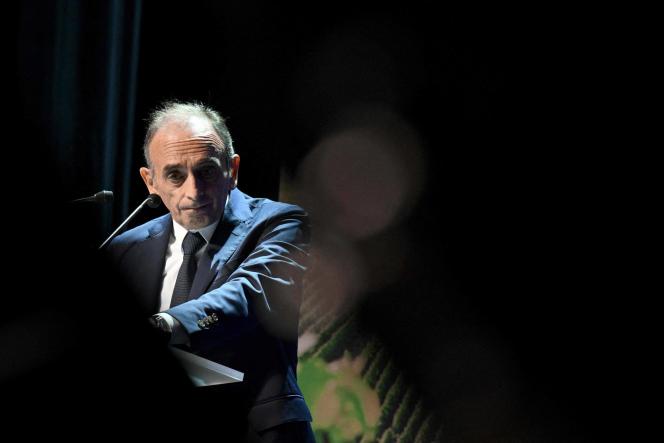 After his elimination in the first round of the presidential election, it is a new political failure for Eric Zemmour. The President of the Reconquest Movement! ran for the legislative elections in the 4th constituency of Var. He gathered 23.19% of the votes in the first round, Sunday June 12. Not enough to qualify for the second round in this constituency which notably includes municipalities such as Cogolin, Sainte-Maxime, Saint-Tropez, Le Lavandou or Bormes-les-Mimosas.

The former far-right presidential candidate, who had totaled 7.07% of the vote on April 10, had a hard time facing the outgoing member of the presidential majority and a far-right rival supported by Marine The pen. Sereine Mauborgne, the outgoing deputy of La République en Marche, who made a name for herself in January 2020 by opposing, in the Assembly, the extension of bereavement leave in the event of the death of a child, received 28.51% of the votes. The Sarthoise by birth, who arrived in the region for professional reasons, won in 2017 in the second round with 54.65% of the vote. Philippe Lottiaux, the candidate of the National Rally (RN), unfortunate finalist in 2017, for his part, collected 24.74% of the votes.

With an economy driven by both tourism and viticulture and an unemployment rate in the department of 7.5% at the end of 2021, almost identical to the national average (7.4%), this district offers a situation contrasting, between the posh seaside resorts of the Gulf of Saint-Tropez and the less populated hinterland which feels more relegated. Eric Zemmour believed in his chances of victory and dreamed in particular of an “alliance of the patriotic bourgeoisie and the working classes”, between the rich coastline and the hinterland.

After hesitating for many weeks, the ex-journalist, sentenced for “incitement to hatred” and “racial insult”, had finally launched into the battle of the legislative elections, Thursday, May 12 on Twitter, confirming his candidacy eight days before the deadline. Hammering the conspiracy and xenophobic theory of the “great replacement” alongside his deputy Marc-Etienne Lansade, mayor of Cogolin and former member of the National Rally, Mr. Zemmour nevertheless presented himself as “the one who can bring together all the rights and all the people of right “.

It was not an easy task for the President of Reconquest! as Marine Le Pen had dominated the Var department in the two rounds of the presidential election, even if the far-right essayist, with 22.42% of the vote, was close to her in Saint-Tropez.

Even before the nomination of the 551 candidates of his party, the president of Reconquest! had repeatedly called for an agreement with the RN, in vain. If Mr. Zemmour “shows up, he goes to the box”, had warned on May 4 Jordan Bardella, the acting president of the RN. “Zemmour is not God,” he insisted again at the end of May when Marion Maréchal accused the RN of deliberately campaigning against Reconquest candidates!.

Without a mandate or campaign before the 2024 European elections, Mr. Zemmour will now have to bounce back, after two successive political failures, if he wants his movement to be sustainable without being absorbed by his far-right competitor.