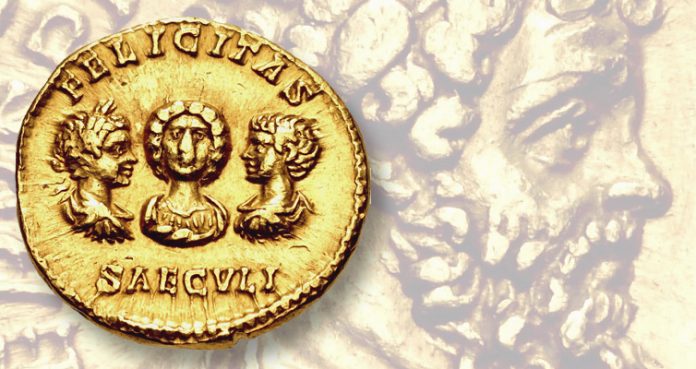 A golden aureus struck in A.D. 202 in Rome is a remarkable coin using four portraits issued during the reign of Septimius Severus.

Classical Numismatic Group writes in its May 19 and 20 auction which coinage under the Roman emperor watched many different mixes of pictures of the Imperial household, describing,”One of the rarest of the series is this gorgeous aureus, which unites a solid obverse portrait of Severus using a facing bust of his wife Julia Domna, involving facing busts of the two sons Caracalla and Geta.”

CNG rated the coin near Extremely Fine, celebrating a couple of light marks and scratches as well as average weakness into Domna’s nose, noting,”The legend FELICTAS SAECVLI,”happy era,” finishes the propaganda message of a fresh dynasty. In fact, the family dynamic resulted in some very short run for its Severan clan.”