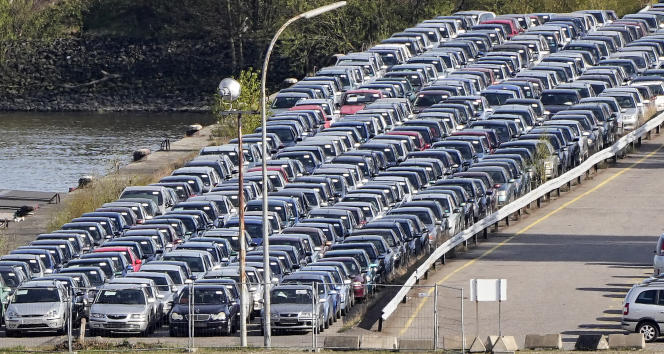 The 27 EU Member States approved on the night of Tuesday June 28 to Wednesday June 29 the Commission’s plan to reduce CO2 emissions from new cars in Europe to zero from 2035, de facto imposing 100 engines % electric. This proposal, announced by the EU executive in July 2021, will mean the de facto cessation of sales of petrol and diesel vehicles in the EU from 2035.

At the request of a few countries, including Germany and Italy, the Twenty-Seven have however agreed to consider a possible green light in the future for alternative technologies such as synthetic fuels or rechargeable hybrid engines if these these make it possible to achieve the objective of completely eliminating greenhouse gas emissions from vehicles.

EU Environment Ministers, meeting in Luxembourg, also approved a five-year extension of the exemption from CO2 obligations granted to “niche” manufacturers or those producing less than 10,000 vehicles per year, up to at the end of 2035. This clause, sometimes called the “Ferrari amendment”, will particularly benefit luxury brands.

These measures must now be negotiated with MEPs who also determined their position on the EU executive’s proposal this month. “This is a big challenge for our automotive industry,” acknowledged French Minister for Ecological Transition, Agnès Pannier-Runacher, who chaired Tuesday’s meeting.

But she said it was a “necessity” in the face of competition from China and the United States which has heavily bet on electric vehicles seen as the future of the industry.

These “upstream” decisions will “allow a planned and accompanied transition”, added the Minister.