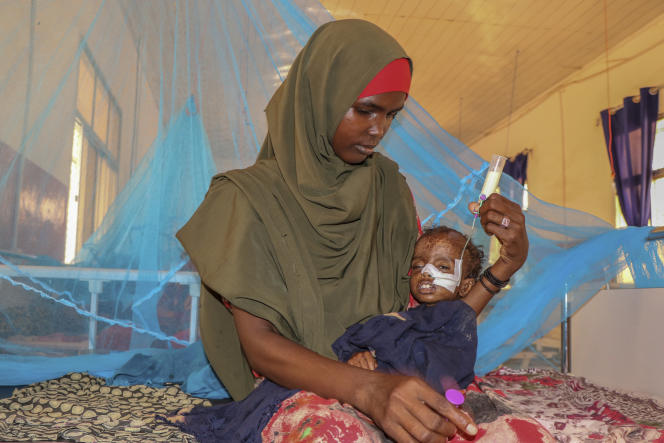 The European Union (EU) announced on Wednesday July 6 the organization of a humanitarian airlift to deliver emergency aid to the populations of Somalia threatened by famine.

“We are organizing a series of flights to bring essential supplies, mainly food and medicine, to our humanitarian partners in remote areas of Somalia, where this aid can only be delivered by air,” said explained European Commissioner Janez Lenarcic in a press release.

The EU has allocated 800,000 euros for this “major logistics operation”. It should require between 50 and 70 flights and the first plane was to take off on Wednesday towards the district of El Barde, in southwestern Somalia. It will transport 6.5 tonnes of therapeutic food and medical supplies for the humanitarian organization Action Against Hunger, an EU partner, the EU executive said.

Several other flights are scheduled between Wednesday and July 11 to Baidoa, Luuq and Wajid regions, the statement said. “The historic drought affecting the Horn of Africa, compounded by the repercussions of Russia’s war of aggression against Ukraine, is causing massive suffering and massive displacement,” Commissioner Lenarcic said.

Flights and supplies are funded from the EU’s humanitarian aid budget, the European Commission said. Somalia suffers from extreme weather conditions, including recurrent droughts and floods.

The country is facing a fourth consecutive failed rainy season, and this situation is compounded by a protracted conflict with Al-Shabaab jihadists, political instability and an invasion of locusts, the statement said. More than 7.7 million people, thousands of whom are at risk of starvation, need humanitarian assistance.

In 2022, the EU allocated €61 million to humanitarian projects in Somalia, mainly aimed at addressing the ongoing drought. The EU has already organized a humanitarian air bridge in Somalia in 2020.

News Editor - July 7, 2022 0
The American group General Mills will voluntarily recall four batches of its vanilla ice creams that it markets in France under the Häagen-Dazs brand...