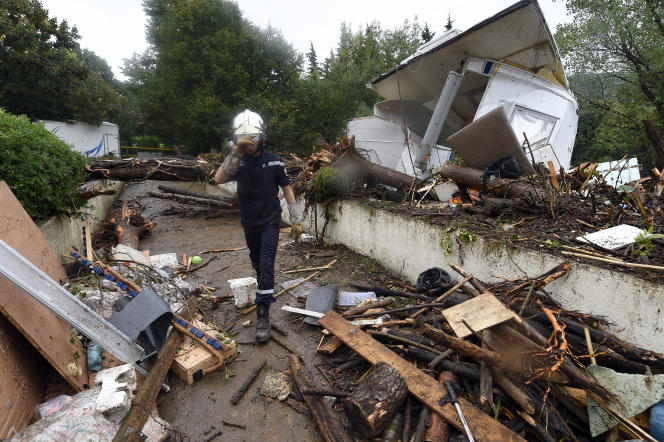 Eight years after floods, which killed four people in this small spa town, two former mayors of Lamalou-les-Bains (Hérault) were sentenced, Friday, May 27, to one year in prison suspended for “homicides” and “unintentional injuries” by the Criminal Court of Béziers.

The two former city councilors, Marcel Roques, 73, centrist mayor from 1983 to March 2014, and his successor Philippe Tailland, also 73, in office at the time of the tragedy, were also permanently banned from exercising a job in the function. public. They will each have to pay 15,000 euros to all the civil parties.

A campsite located in a flood zone

On the night of September 17 to 18, 2014, a violent flood of the Bitoulet river, a tributary of the Orb, caused the death of a couple, as well as a woman and her daughter who were staying at the municipal campsite of this spa resort in the southern Cévennes, 35 kilometers north of Béziers and 80 kilometers from Montpellier. Eleven other people were injured. All of the victims resided at the campsite.

Installed in 1982, the municipal campsite, which overhangs the river by about three meters, was partly in an area declared flood-prone in 1989, as was a residence and neighboring subdivisions.

The president, Nadège Larochette, explained the conviction of Marcel Roques for failing to establish “a safeguard plan” and for not having “respected the training of personnel provided for by the texts”, and that of Philippe Tailland, for “failing to evacuate the campsite”.