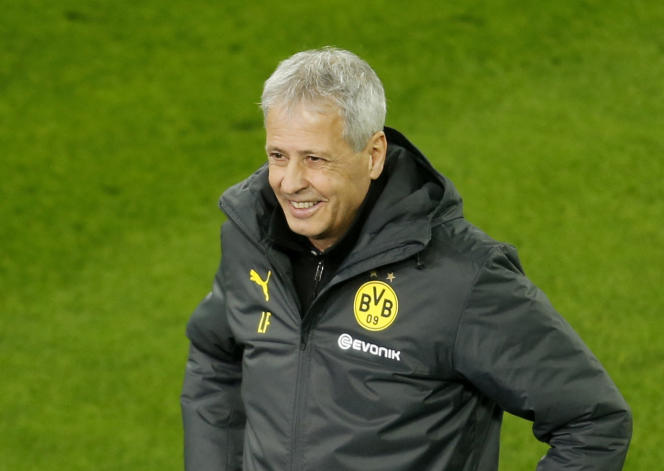 OGC Nice is back with a well-known face. The Riviera club announced on Monday June 27 the appointment of Lucien Favre as coach, whose first two seasons in Nice, between 2016 and 2018, left great memories for supporters. “Christophe Galtier no longer leads the OGC Nice first team. This Monday, the Aiglons’ recovery was hosted by Lucien Favre, whose return the club is proud to announce, “wrote the OGCN in a press release.

To replace the one who is in advanced discussion with PSG, Nice has therefore chosen to reconnect with a connoisseur of the club. With the 64-year-old Swiss, Nice finished third in Ligue 1 during the 2016-2017 season, before starting a slow second exercise, finished in 8th place in the championship and marked by tensions between the technician and Julien Fournier, then Executive Director.

“An experienced coach” back in Nice

“I am absolutely thrilled to have Lucien Favre join us. He is an experienced coach, who has met with success in the Bundesliga, but also here in Nice, “said Jim Ratcliffe, owner of the club and the Ineos group, quoted in the press release.

“Everywhere he aroused respect and admiration. His way of developing his teams appeals to us and perfectly matches the vision we have at Ineos of the style of play we want. »

In a “Letter to the Fans”, Jim Ratcliffe announces that this change on the bench launches “a new phase” of his project after a “first chapter” of three years. “We think now is the time to raise our ambitions. We must bring OGC Nice to the heart of the Ineos sporting family so that the club can learn from other sports and innovate more,” he wrote, referring to “big, bold and singular projects that we will talk more about. In the coming months “.

Still unclear, the sequel promises to be ambitious. “We must continue to modernize all aspects of the club and help make OGC Nice the most innovative, successful and successful club possible,” added the English billionaire.

Avenues for improvement should emerge from David Brailsford, the former manager of the Ineos (ex-Sky) cycling team, who has conducted an internal audit in Nice in recent weeks. Lucien Favre will have to focus on bringing stability to a club which has had three coaches since his departure (Patrick Vieira, Adrian Ursea and Christophe Galtier) and a very uneven quality of play.