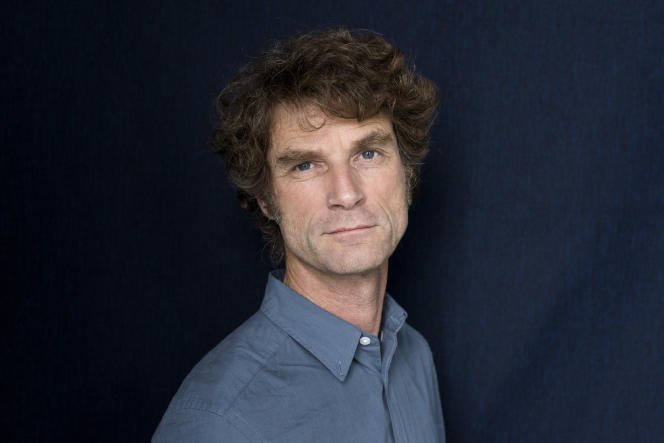 It is a researcher who flourishes in the middle of corollas, ears of corn and cabbage. Sporty and smiling, François Parcy digs his furrow in the field of floral development, at the University of Grenoble-Alpes (CNRS-CEA-Inrae). His armfuls of experiences and his harvest of discoveries earned him the silver medal of the National Center for Scientific Research (CNRS) in 2022.

But the geneticist also makes his honey by sharing his floral booty with others. “Flowers, everyone loves and admires them. They are privileged objects to talk about science, molecular biology, genetics and evolution, ”he enthuses, a hint of sunshine in his accent. With a lively passion, this great walker takes us back more than two hundred million years, in the footsteps of a little-known saga: that of flowering plants. This thrilling evolutionary adventure inspired him to write a book, The Secret History of Flowers (Editions Humensciences, 2019). Book that has just been adapted into a documentary, The Abominable Mystery of Flowers (co-written by Clément Champiat and François Tribolet, France 5, 2022, available in replay).

“François is an excellent speaker; more than that, he is a real storyteller, testifies Teva Vernoux, biologist at the CNRS-ENS in Lyon. When he talks about flowers, he captivates not only the general public but also those who know the subject. »

François Parcy willingly begins his lectures with verses by Baudelaire: “Happy is he (…) Who hovers over life, and understands without effort / The language of flowers and silent things! (The Flowers of Evil, 1857). But it is to better convince us, then, that this poetic language is only a decoy – an artifice of seduction. It allows the flowers, those flirtatious ones, to dedicate their bait – shapes, scents and colors – not to our eyes and our nostrils, but to those of the pollinators, their precious allies, whom they thus attract into their nets. And the researcher lists “the sum of innovations” that have enabled these “champions of adaptation” to supplant their rivals: in addition to their weapons of massive seduction aimed at foraging species, they can bet on “a genome and smaller cells, more efficient photosynthesis…” In return, these slender creatures have conquered the globe, forming more than 90% of current plant species.

Put your intuition to work

If the determinism of plants leaves little room for free will, human trajectories seem – a little – more open. “My parents stopped their studies very early, so I fall into the category of “class defectors”, confides François Parcy. The beauty of the French education system is that it does not always reproduce the family pattern. No determinism in the path he followed, really? It should be noted that his mother was a florist – this cannot be invented…

He grew up in the countryside, between Drôme and Vaucluse, but turned to scientific preparatory classes. While opting, oh so visionary choice, for the Lycée du Parc, in Lyon. A little later, at the Ecole polytechnique, he will delight in biology lessons. “I did my end-of-studies internship in astrophysics, in Munich, and, at the last moment, I did an additional internship at the Institute of Plant Sciences in Gif-sur-Yvette. A revelation that will make him branch off from celestial objects to plant objects. “Getting out of hard science to sow seeds and grind leaves was a breath of fresh air,” he says. I loved statistical physics, but,. He will never regret this “big turn”, even if the complexity of living things will eventually send him back to his equations, with bioinformatics becoming essential.

“François’ evolving vision has always inspired me,” breathes Teva Vernoux. In fact, “flowers have not always existed”, recalls François Parcy, before giving the floor to a master, Charles Darwin (1809-1882). For the father of the theory of evolution, species evolve in gradual stages. But flowering plants defied his theory: their sudden appearance and diversification, without trace of gradual stages, was, for Darwin, an “abominable mystery.” The expression will inspire generations of researchers.

“For several years, science has been nibbling away at this ‘abominable mystery’ on all sides,” says François Parcy. His team became interested in a plant “E.T.”, Welwitschia mirabilis. “This shapeless plant, which can live for two thousand years, grows in the deserts of Namibia and Angola. It belongs to the group of gymnosperms: which appeared on Earth long before flowering plants, three hundred and fifty million years ago, they had invented the seed but not yet the flower. Today represented by conifers, they have separate sexual organs: on one side, male cones, on the other, female cones. It is up to the wind to carry the pollen from the first to the second. François Parcy notes in passing: “It is not the most effective for fertilization. »

What about our vegetable ET? Like conifers, Welwitschia mirabilis has separate male and female cones. But its male cones are an oddity of nature: they contain scattered sterile ovules, “like an abortive attempt to invent a bisexual flower”, laughs the geneticist. His team showed, in 2017, that this plant is equipped with the same gene families as those that govern flower formation, with the same hierarchy. In other words, the ancestors of flowering plants were already equipped with the genetic toolbox that will make it possible, much later, to build part of the flower. “The first flowering plants didn’t have to invent everything. »

“The science of flowers is living a golden age,” rejoices François Parcy. Among its recent breakthroughs, as researchers unearth new plant fossils and revise their theoretical calculations, the dates of the appearance of flowering plants keep getting pushed back. “My book from three years ago is already outdated,” sighs the geneticist. Flowering plants, older than we imagined, took their time to branch out. “Their appearance and diversification were not so abrupt! », Notes François Parcy.

Because math does not let go so easily those who have tasted it, the polytechnician has returned to it. But by an unexpected detour: cabbage. In July 2021, his team revealed with Inria, in the journal Science, the secret of their spectacular fractal shapes. Their infinitely fragmented architecture results from the thwarted destiny of a bud: “It first begins a floral journey, then it loses its way to behave like a stem”, explains François Parcy. Stem which in turn will attempt to produce a flower, in vain, and so on. This chain reaction is the result of a muted struggle of genetic influences.

This plant microcosm is therefore far from being a blue flower. But the world of botanical research? “In France, the plant biology community is very tight-knit,” says François Parcy. Despite everything, he had two “difficult experiences”, two thorns at the foot of this crazy climbing and ski touring family. The first, two years ago, was “the absolute betrayal” of a colleague working in the United States: “We had committed to publishing together, but she pulled the rug out from under us. The second followed his work published in 2021 in Science: a “very eminent” Briton and Canadian contacted the editor, accusing the French team of fraud. An attack ultimately unfounded, but which will leave the researcher “sore”. Fortunately, his secret garden – where the “architect genes” of plants grow – still has some nice surprises in store for him…