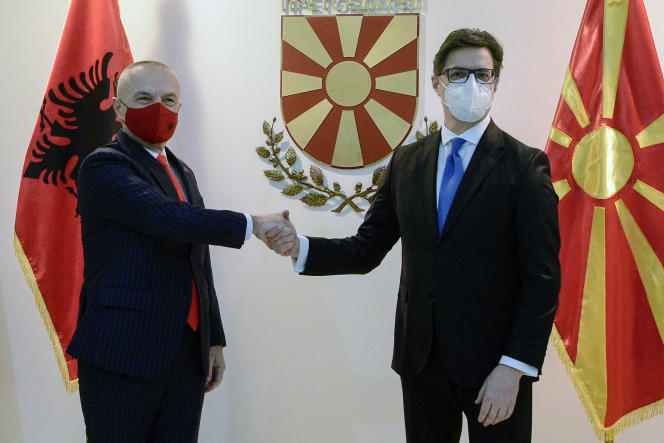 The 27 member countries of the European Union gave their agreement on Monday, July 18, to the opening of negotiations to integrate Albania and North Macedonia. A decision that comes the day after the signing of a protocol between Skopje and Sofia lifting the last obstacles.

The Twenty-Seven have just “given their agreement to the opening of accession negotiations with Albania and North Macedonia!” tweeted Czech Prime Minister Petr Fiala, whose country holds the rotating EU presidency. “We have taken another important step towards bringing the Western Balkans closer to the EU,” he added, after a meeting on the subject in Brussels.

Albanian Prime Minister Edi Rama and his counterpart from North Macedonia Dimitar Kovacevski are expected in Brussels on Tuesday to formally open these negotiations which will take years. They can begin thanks to the signing on Sunday by Bulgaria and North Macedonia of a bilateral protocol, initiated by France, which held the rotating presidency of the EU in the first half of the year.

North Macedonia gained EU candidate status nearly two decades ago, and has already had to overcome major differences with Greece to join NATO in March 2020. The Bulgarian position also prevented the candidacy of Albania, a candidate since 2014.

Bulgaria was blocking the opening of negotiations until recently due to a dispute between the two countries over a long list of historical and linguistic issues. Under French pressure, the Bulgarian parliament agreed last month to lift its veto in exchange for guarantees that North Macedonia would meet certain demands on disputed points.

The question of language remains very sensitive in North Macedonia, Bulgaria considering the Macedonian language as a Bulgarian dialect, while the two countries dispute over historical events and figures, mainly inherited from the Ottoman past.

The protocol will allow, among other things, Macedonian to become one of the official languages ​​of the EU. North Macedonia has pledged to change its Constitution to include Bulgarians in the recognized ethnic groups and to implement a 2017 friendship treaty aimed at eradicating hate speech.

The nationalist right of the VMRO-DPMNE is furious and has in recent days denounced the compromise and called Dimitar Kovacevski a “traitor”. Brussels insists on EU enlargement in the Balkans, the strategic importance of the region having increased in the context of the war in Ukraine.