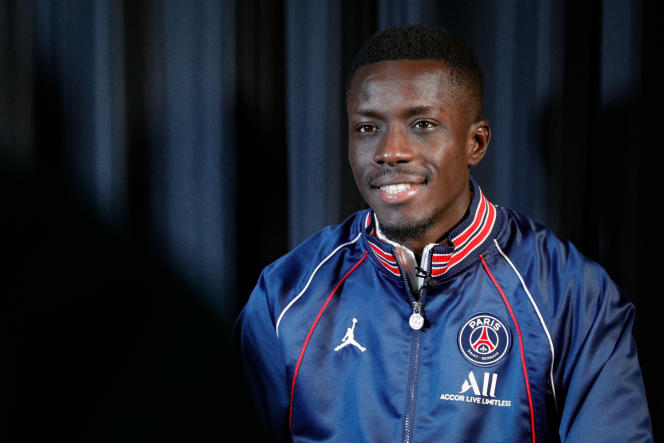 Senegalese President Macky Sall affirmed Tuesday May 17 in a message on Twitter to support the player of Paris-Saint-Germain (PSG) and Senegalese international Idrissa Gueye and asked for the respect of the “religious convictions” of the footballer, after his absence during the day dedicated to the fight against homophobia.

Idrissa Gueye is targeted by critics in France after the refusal which is lent to him to join the fight against homophobia and to wear a rainbow jersey. As in 2021, the PSG player did not play Saturday against Montpellier (4-0) during the day dedicated to the fight against homophobia, a new defection which drew criticism in France, but also supporters in his country, Senegal.

“I support Idrissa Gana Gueye. His religious beliefs must be respected,” President Sall said. In Senegal, Idrissa Gueye and his colleagues in the selection are adored. The PSG player was part of the team that won the country’s first African Cup of Nations (CAN) in February in Cameroon, against Egypt.

In this 95% Muslim and very practicing country, homosexual relations are prohibited. The existing law states that “shall be punished with imprisonment of one to five years and a fine of 100,000 to 1,500,000 CFA francs [from 150 to 2,285 euros] anyone who has committed an immodest or unnatural act with an individual of his sex”.

“Total solidarity” with the player

Messages of support for the defensive midfielder of PSG and the national team continued to flow in Senegal on Tuesday. Sports Minister Matar Bâ defended Idrissa Gueye by indicating that “when you sign [a contract with a club], it’s to play football. It’s not to promote anything or set aside beliefs,” in a statement to reporters Monday night.

Former Prime Minister Mahammed Boun Abdallah Dionne encourages Idrissa Gueye by telling him: “Hold on, Gaïndé”, lion in the Wolof language, nickname of the national football team, in a message on Twitter accompanied by verses from the Koran. The writer and intellectual Boubacar Boris Diop, winner of the very prestigious Neustadt Prize, affirms his “total solidarity with Idrissa Gueye”, on Twitter.

Many Senegalese put the Senegalese president’s message of support or photos of Idrissa Gueye on a pilgrimage to Mecca in WhatsApp status on Tuesday. The player has not spoken publicly about the reasons for his absence from the field against Montpellier.

The player’s entourage, contacted by AFP, refused to explain the reasons for this absence. On the other hand, they are clear for associations fighting against homophobia. “He had already done the trick last year. There is little doubt about his intentions, “said Bertrand Lambert, president of Panam Boyz and Girlz United, a club open to diversity.

Idrissa Gueye had not played in 2021 either, citing gastroenteritis. On Saturday, PSG coach Mauricio Pochettino mentioned “personal reasons”, stating that his player “was not injured”.