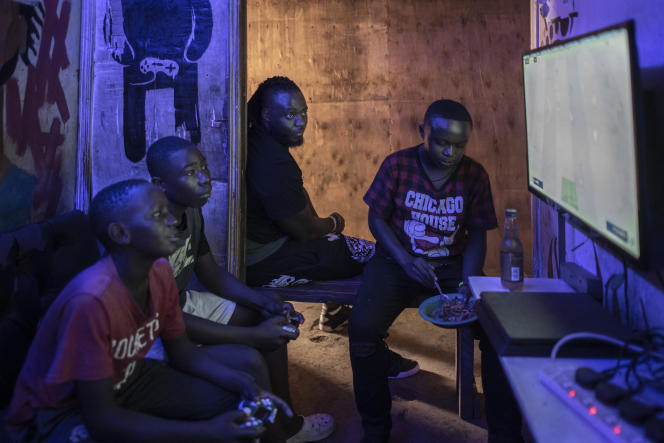 Brian Diang’a never imagined that his childhood passion could become a career: this “gamer” found refuge in video games and e-sports to escape a difficult family universe in the largest slum of Africa in Nairobi. “Gambling was my only escape,” the 28-year-old told AFP, recounting his childhood mired in poverty and violence.

The man who is now known as “Beast” discovered video games at the age of nine. “My father became an alcoholic, he would come home drunk and beat my mother. My home became a place I didn’t want to be,” he says.

He then goes daily to playrooms, much to the chagrin of his mother who fears that this will have a bad influence on him and distract him from his school duties. “My mom used to beat me up every time she found me in arcades,” he recalled.

But far from plunging into the abyss of drugs and crime, he turned to tournaments, which opened the door to profitable partnerships. Today, he earns around 50,000 Kenyan shillings a month (400 euros) in a country where youth unemployment remains a huge problem.

A life choice that seems absurd

It all started for him in 2013. “I came across YouTube videos where I saw players overseas playing Mortal Kombat – a game I played frequently to pass the time – and getting paid up to 5 000 dollars to compete,” he explains. He decides to do the same. Like other Kenyan “gamers”, he is now trying to find a place in the booming esports industry.

Such a life choice seems absurd in Kenya, where academic achievement and athletic abilities are considered the only paths to success. While studying law, Sylvia Gathoni became a pioneer in e-sport.

In 2018, the young woman, who plays the fighting game Tekken under the name “Queen Arrow”, became the first player from Kenya – male or female – to be recruited by an international team, UYU, based in the United States. United.

“The older generation has been formatted to think that to be successful, you have to follow a specific path: go to school, work hard in studies, and then pursue a career,” she said. She now travels around the world to participate in international tournaments alongside big names.

But the “gaming” sector still faces major obstacles in Africa, a continent that could nevertheless be seen as a growth market with 60% of its population under the age of 25. Many gamers face slow internet speeds and unfavorable time differences with their overseas counterparts in developed countries, where the vast majority of servers are located.

In Kenya, “gamers” and arcades are also subject to meticulous police surveillance, as the law does not distinguish between electronic sports and gambling. “During my research, I discovered that the law must align with technology. There is still a lot of delay, ”said Gathoni, who wants to specialize in esports law to move things forward.

No formal framework exists in Kenya, where gamers compete in informal tournaments with cash prizes. “There is no structure at the moment, it’s just a group of friends getting together to play,” says tournament organizer Ronny Lusigi. “For video games to become esports, you have to be organized and competitive,” he points out.

Brian Diang’a, who now mentors young gamers in Kibera and organizes tournaments across Kenya, hopes to see gaming “explode in Africa”. “The game kept me sane when everything was falling apart,” he says. I want to see more people enter this culture. »