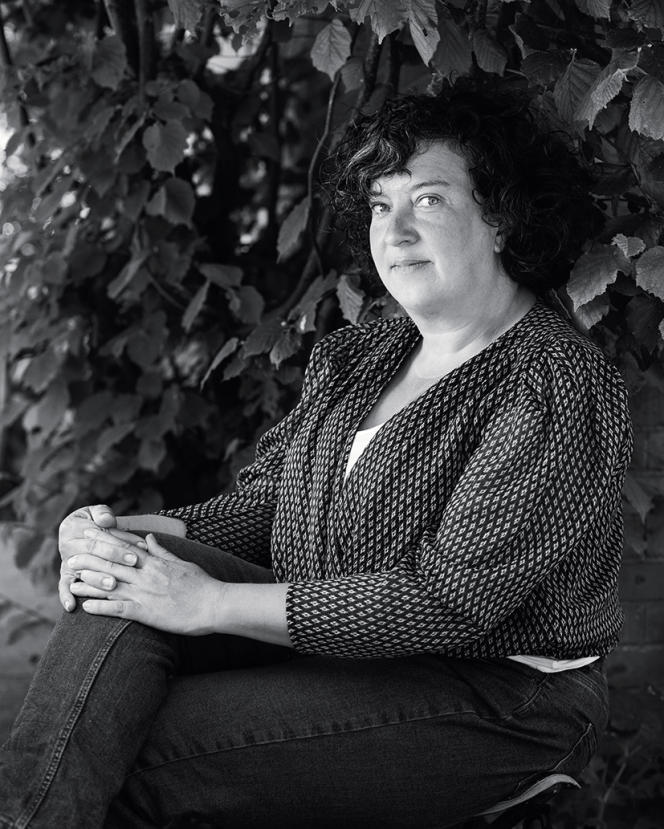 Nothing in my career destined me to become a shepherdess. I was born in Bordeaux, I grew up in the city center, and no one in my family is linked to agriculture, with the exception of a great-great-uncle, a stilt-walking shepherd in the Landes. I didn’t have an agricultural culture or fantasies of all that, but we were very green – the first customers of the first organic shop in Bordeaux, at the end of the 1980s. And there were especially the weekends at my grandmother, in the countryside.

With my sister, we put on jogging pants and boots, and we went into the forest. We mastered about 1 square kilometer of forest, clearings and rivers. We observed, we went on an adventure. It was the wild life, and something of that stayed with me. My grandmother was almost self-sufficient in food with her vegetable garden, chickens, ducks, capons. She did food gardening and provided baskets for all her daughters.

I wanted to become an architect, which is also my father’s profession. But, when I started studying, I quickly found myself at odds, because I wanted to put the inhabitant at the heart of the projects while my teachers gave priority to design. And then Patrick Bouchain arrived in Bordeaux to redesign the Bègles swimming pool. We agreed on everything! He decided to open the construction site to the public and hired me as a facilitator for the architectural office. People were landing at all hours to see the building. It was crazy and awesome.

After this experience, I searched for a long time and ended up working ten years in the construction industry. Except that I missed architecture. So I launched a collective to improvise this art (which is generally not improvised), like others play jazz… The idea was to build places with only the materials available on site, in one or two weeks .

One day, while making a sheepfold for a buddy’s buddy, I had a “conversation” with an old sheep. She told me to open the gate, because her herd had nothing left to eat. I opened the enclosure, I accompanied them in the forest of Saint-Germain, they walked behind me, they were very good. I felt really good at the head of the herd – it rehabilitates your ego, something like that.

And I also made friends with a ram, the same one that we then shared at Eid. It shocked me to eat an animal that I loved… I told myself that everyone had to know about this experience, because we feed on its history as much as on the food.

Since 2012, we have had an association, Clinamen, and, in La Courneuve, a herd of Maine blue sheep that only feed on grass. It is fundamental for us. The sheep is a ruminant that needs to graze all the time and adapts perfectly to its territory. Here, the grass is so rich that we have very strong animals. We sell the antenais for their meat and occasionally I cook a piece of it, along with the prairie grass they feed on. It is as symbolic as it is delicious.

News Editor - June 30, 2022 0
The president of the Republicans (LR), Christian Jacob, who had announced his intention to leave office at the beginning of July, leaves the head...