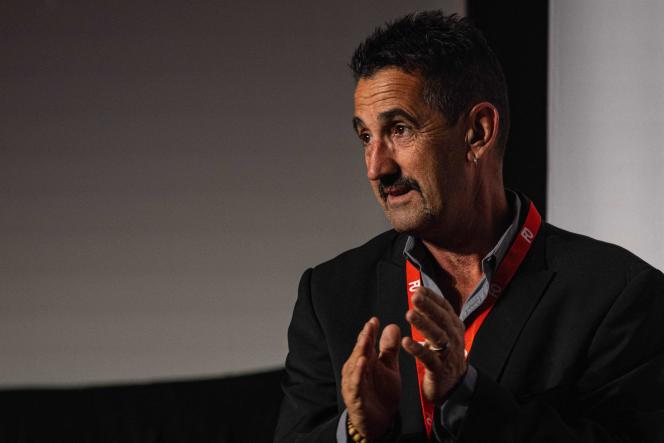 Unity despite some skirmishes. The 25th Congress of Force Ouvrière (FO) ended on Friday, June 3, with the almost unanimous approval of the results of the outgoing Secretary General, Yves Veyrier, and the election without firing a shot of his successor, Frédéric Souillot, the only candidate. .

Mr. Souillot, member of the confederal bureau since 2015, won 87.68% of the votes cast by the members of the national confederal committee (CCN), the “parliament” of FO, bringing together representatives of the federations and departmental unions (77.47 % of registered).

Small bittersweet note for the new general secretary of the union: he is “the least well elected” of the twelve members of the confederal office appointed on Friday, according to one of his opponents at the congress, Fabrice Lerestif. The activity report of the outgoing management had, on the contrary, been approved with a score of exceptional magnitude – 98.15% of the votes – as well as the cash report – 98.27%.

An image of unity

The various resolutions, defining the FO line for the next four years, were also adopted by a large majority during votes by a show of hands, Friday morning, during the congress which opened on Monday in the suburbs of Rouen and at which participated some three thousand militants.

The future management team will be “carried by the formidable unity, the formidable democratic gathering of the confederation that you have just expressed”, said Mr. Veyrier in the morning, in a brief farewell speech, much applauded by the militants.

After the stormy congress of Lille, in 2018, which had seen the secretary general Jean-Claude Mailly copiously booed then the departure, after six months, of his successor Pascal Pavageau following the revelation of the existence of a file on the leaders of the union, FO was keen to give an image of unity.

A sign of this desire to unite, Mr. Souillot’s competitor, Christian Grolier, representative of the “Trotskyist” current, had withdrawn his candidacy on Wednesday. “The battles that await us and the hope that we must give to employees require the broadest possible unity”, justified Mr. Grolier, in a text read from the podium.

Support from part of the “Trotskyites”

Frédéric Souillot is, like Mr. Veyrier, from the “reformist” current of FO, and benefited like him from the support of some of the “Trotskyists”, led by Hubert Raguin. The new secretary general will have to implement the roadmap of FO, focusing in particular on the defense of the “payroll” and the fight against the project of raising the retirement age to 65 years, supported by the president Emanuel Macron. The constant demand of FO in recent years was the return to 60 years and thirty-seven and a half years of contributions.

The resolution adopted on Friday affirms that the “blocking” of the plans to raise the age and lengthen the contribution period “will constitute a step forward in returning to retirement at 60 at the full rate and with a view to returning to 37 .5 years of contribution, by creating the necessary balance of power when the conditions are met”.

A formulation considered too soft by some and which gave rise to one of the rare broncas of the room, Friday morning, when Eric Lecourtois (Departmental Union of Côtes-d’Armor) carried an amendment asking that FO continue to clearly claim the thirty – seven and a half years old.

Mr. Souillot will also have to strive to advance Force Ouvrière compared to the other central trade unions, while professional elections in the public service are being held at the end of the year.

News Editor - June 4, 2022 0
There was no agreement, strictly speaking, between Russians and Africans. But, at a minimum, the Senegalese president brought back a lot of promises from...