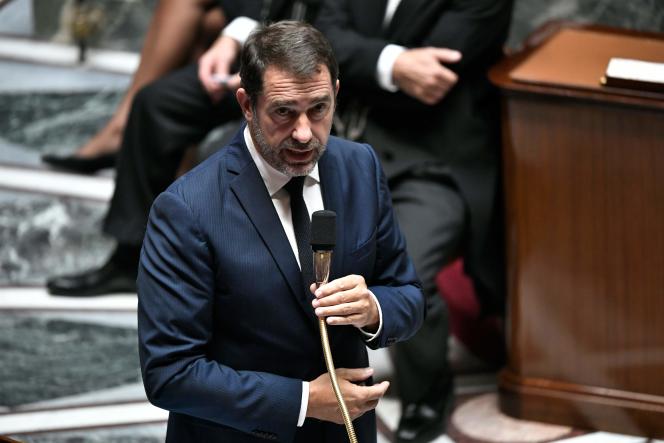 If he is re-elected to the legislative elections, the boss of the deputies La République en Marche (LRM) Christophe Castaner would like to keep the head of the parliamentary group, he announced on Sunday June 5 in the columns of the Sunday Journal (JDD). “I will be a candidate for the presidency of the group: this is where I am most useful, if the deputies trust me again”, estimates the deputy of the Alpes-de-Haute-Provence and former Minister of the Interior.

Shouldn’t a woman be in this key position? “Women were candidates and could have been elected” facing him in 2020, he replies. “What matters is what we did. The parity of a group in the National Assembly, we have done it. Among our candidates, 50% are newcomers, with a gender balance. And I repeat: Elisabeth Borne is not Prime Minister because she is a woman, but because she has all the qualities to be one. But it is a source of pride to have a wife at Matignon. Equality between women and men also goes through these symbols, ”insists this close friend of Emmanuel Macron.

The leader of the LRM deputies, a party recently renamed “Renaissance”, assures that he has “no worries” for the presidential majority in the legislative elections. “There is always a false dish after the presidential election, and people had not entered the campaign yet. One week before the first round, the time for mobilization has come,” he said.

Christophe Castaner, a former socialist, roundly attacks the New Popular Ecological and Social Union (Nupes), the left-wing alliance sealed around Jean-Luc Mélenchon. “The Nupes program is all the clichés of the Soviet world”, a “concentrate of the far left”, he says.

Asked about the controversies linked to the rape accusations against Minister Damien Abad and that he disputes or the fiasco around the Champions League final at the Stade de France, Christophe Castaner believes that these “debates” have “questioned the French . We owe them transparency and respect for institutions, first and foremost justice. It is up to her to say the law, to judge, to sanction, ”he replies.

War in Ukraine: the situation remains confused in Sievierodonetsk, where both...

Legislative: Christophe Castaner wants to be reinstated at the head of...

In London, a giant concert and a rain of stars to...