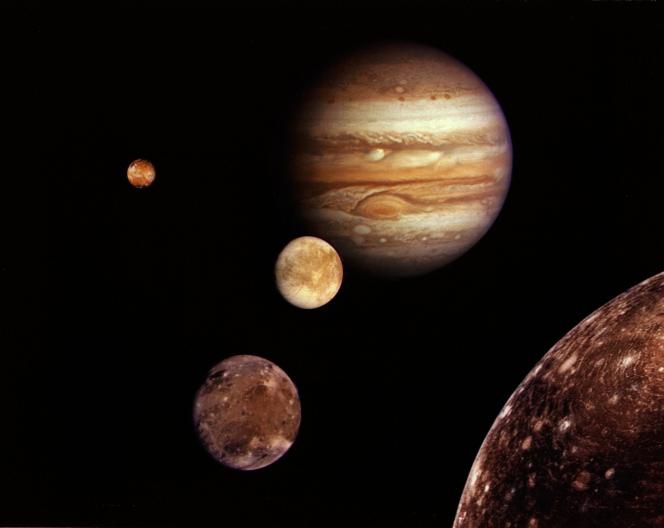 If tiny traces of ancient water on Mars make all alien lovers shudder with hope, one has to imagine what effect an ocean planet would have. This type of hypothetical star would be covered by a global ocean a few hundred kilometers deep. What makes it an ideal breeding ground for the development of life? In reality, the obstacles are many, but a study published in Nature Communications on June 21 has just eliminated one, and a significant one.

“We showed that these planets could exchange between the core and the ocean,” says lead author Jean-Alexis Hernandez. This is despite the presence of a thick layer of ice” between the two, which the models predict. This researcher at the European synchrotron in Grenoble was interested in this layer of ice. It would be type VII ice, a crystalline form that is created where the temperature and pressure are very high. Nothing like the ice cubes of a cocktail, which float on its surface: this ice is denser than water and sinks. As a result, the ocean floor would be made up of a thick wall of ice that would prevent any contact between the ocean and the core.

“The theory was that this ice was a chemical insulator,” says Jean-Alexis Hernandez. But in the end, it is not so impermeable and our simulations show that it can include certain elements and bring them to the surface. »

These elements are the electrolytes, conductive substances because charged with mobile ions such as sodium chloride (salt), potassium or chlorine. Sodium present in the rocky core of the planet can become trapped in ice at the atomic level. Then, the ice, which undergoes the heat of the rocky core below, experiences slow convection movements within it, which raise the electrolytes it traps towards the ocean. At this point, it melts, and the electrolytes are released into liquid water.

“The difficulty, adds Jean-Alexis Hernandez, was to know if the convective entrainment of the heated material was stronger than the increase in density due to the presence of salt in the ice. And the answer is yes, so the electrolytes are well able to come back up. In this study, the researchers were particularly interested in salt, but they consider that other electrolytes could also make the same journey.

What does it have to do with extraterrestrial life? “Electrolytes are necessary for the development of life,” says Jean-Alexis Hernandez. Our study shows that the oceans could be enriched in these substances, which makes them much more interesting. That said, getting a closer look at these planets promises to be difficult. The Trappist-1 system could have such worlds but it is just over 40 light years from Earth.

On the other hand, very close to us, there are icy moons. Ganymede and Callisto around Jupiter, as well as Titan around Saturn. The situation is not really the same as that of planet-oceans because the pressure is less and the ice at the bottom would therefore be different. The models imagine type VI ice, similar to ice VII except that it forms at lower pressures. Despite everything, these worlds raise high hopes, hence the ambitious missions to these destinations planned in the years to come.

Juice, a probe from the European Space Agency, is due to leave in 2023 to explore the Jovian system while at NASA, the Dragonfly mission will land a drone on Titan by the 2030s. In a commentary on the study also appeared in Nature Communications, Baptiste Journaux, of the University of Washington, writes: “This study is the most compelling evidence to resolve the dilemma of the habitability of these planets. (…) Future missions will be the key to understanding the largest oceans in our Universe. »

“Our study can serve as a basis for better modeling planets or moons of this type, suggests Jean-Alexis Hernandez. By including the phenomenon we describe, we take into account the presence of salt, which can change the behavior of oceans and ice. Our results bring us closer to what these worlds really are. From there to say with certainty that there is life on the planets of the Trappist-1 system or on Ganymede, there is a chasm, but everything indicates that the ice barrier is not an insurmountable obstacle to see appear living beings.